May promises she won't raise VAT or call a snap election

THERESA May has pledged not to raise VAT or to call a snap general election ever.

May made the promise to a room full of people who were already going to vote Tory anyway and were all happy to just ignore what she had said and keep acting like voting Tory was a good idea.

To wild applause May said: “I said there wouldn’t be a snap general election there won’t be one.”

The prime minister was then reminded by an advisor that she had already called a snap general election and that she should probably just try and pretend that she did not just say what she had said.

“And you can take that to the bank and cash it.”

Man thinks playing guitar makes up for his awful personality 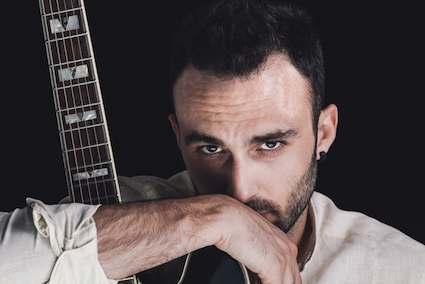 A MAN has insisted his ability to play the guitar more than makes up for this utterly dreadful personality.

Wayne Hayes, a complete arse who is also in an awful band, told his colleagues that he knows he is ghastly ‘but what great musicians weren’t?’.

Hayes said: “I can bounce around the place like I’m Liam Gallagher and my musical genius will just make up for it.

“Do you think Keith Richards says ‘please’ and ‘thank you’ and is generally nice to waiters? No chance.

“Leadbelly killed a guy. While I’m not looking at going that far, it’s good to know I’ve got the option.”

Hayes’ girlfriend, Emma Bradford said: “If he wasn’t in a band I wouldn’t entertain his company for a moment.

“That may say more about me than it does about him, but he really is the most unbearable bastard I’ve ever met.”