THE prime minister is to enliven her speech by bringing out a goat dressed as Boris Johnson then strangling it.

Theresa May, hoping to win members round after the warm reception afforded to her rival yesterday, believes the goat-strangling will appeal to ordinary Tories’ desire for wanton cruelty.

A Conservative insider said: “Mainly she’ll be saying all the exact same things as she’s been saying for two years, because she’s broken inside and we just can’t stop her.

“But halfway through she’ll bring on the goat, which with its stupid fancy horns and inhuman slit-pupilled eyes actually does resemble the former foreign secretary, and just belittle it.

“She’ll mock its record as Mayor of London, its terrible stint in office, its inability to keep its goaty penis in check, its shit columns for the Telegraph and how it pisses in its own beard, all of which the audience will eat up.

“Then she’ll wrestle the goat to the floor, say ‘Brexit means Brexit and I’m determined to make a success of it’ and strangle it with her immaculate yet powerful hands.”

Following the speech, polls are predicted to show BoJo the Goat as the runaway leader in the race to head the Tories with posthumous election guaranteed. 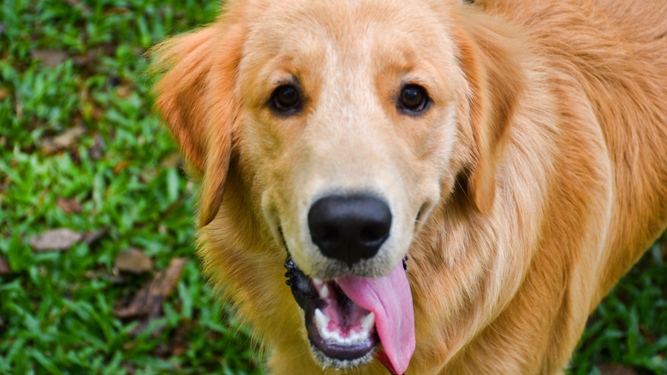 A DOG-OWNED analytics company has been selling information gained by sniffing other dogs’ arses, it has emerged.

Labrador-run Dog Analytics is thought to have shared information on as many as 50 million dogs’ arses with marketing companies, Russians and pro-Brexit groups.

Dog Tom Booker said: “I let that golden retriever sniff my anus in good faith, not knowing that corporations would use this information to manipulate my political views.

“A dog’s bottom is his own business and no one else’s. Unless another dog wants to come over for a sniff that is, in which case that’s perfectly fine.”