MICHAEL Gove is to stand as Tory leader on the basis that he will betray absolutely anyone without a second’s hesitation.

Taking the stage to The O’Jays classic Back Stabbers, Gove promised that there is nothing and nobody that he will not double-cross for even the tiniest advantage.

He continued: “Knifing Boris is nothing. It’s like letting the air out of one of those giant parade inflatables, everyone’s tempted.

“But my promise to the electorate is that I will turn on the party, the voters and even the Queen herself just for the sheer deceiving thrill of it. I will sell this whole country to China just to see your faces, then shake my head condescendingly at your naivety.

“I am the only candidate endorsed by Judas, and even he regrets it after I told Satan he was messing around giving political endorsements. Vote for me.”

Julian Cook, MP for Wiltshire North, said: “He’s the one candidate I absolutely trust to betray that trust in the most contemptible way possible. Can the rest say the same?”

Following the announcement, Gove’s wife Sarah Vine published a Daily Mail column about how her odious husband was unfit to lead and frequently wet the bed.

Baffling decimal currency to be phased out 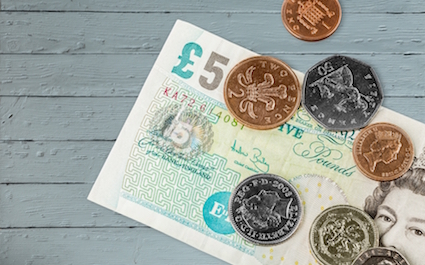 THE UK’s exit from the EU means the welcome return of the thru’penny bit and the half-crown, it has been confirmed.

Since 1971 Britain has laboured with a hateful foreign currency system the population has never fully understood. But that will all be forgotten next year when Britain returns to pounds, shillings and pence.

Roy Hobbs, 62, from Plaistow, said: “I can’t wait to get back to the simple old system of having twelve pennies to the shilling, twenty shillings to the pound, two groats to the farthing and six guineas to the Fahrenheit.

“Like most people I have spent four decades being utterly baffled by the European madness of decimalisation. It flies in the face of common sense and resulted in everything costing far more than it should.

“No wonder milkmen no longer whistle like they used to.”

Mary Fisher, 77,  said: “At last my grandson will be able to go out on Saturday mornings with a silver florin in his pocket and buy a furlong of liquorice and a quart of sherbet dabs for tuppence ha’penny.

“However despite leaving Europe we have not yet seen the return of opal mints, which is hugely disappointing.”