ED Miliband is a bad, nasty man so you no vote for him.

Professor Cleverman, from Best University Ever, say: “If you no vote Tory then Labour make everyone cry with tax and muslims.

“If you no vote Tory, evil Russia man blow up your telly.

“If you no vote Tory, tiny Scottish people raid your fridge and eat your cheesy things.”

Brian, a person like you, say: “I hear clever man so me clever too. Miliband man do bad nasty. Me vote Tory.”

Stony-hearted Britons struggling to feel anything for supermarkets 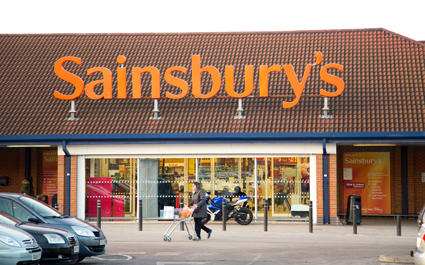 SHOCKED Britons have found themselves at a point of ‘supermarket compassion fatigue’.

Following news that Sainsbury’s has reported its first annual loss in a decade, millions around the UK were amazed that they could not squeeze out even a single tear.

Joanna Kramer of Swindon said: “How did I become this hard, this cynical?

“When I found out about Tesco misstating its profits last year I was in absolute floods, and the ongoing saga of plucky Morrisons’ attempt to stand up to the big boys made me turn away from the business news pretending to have something in my eye.

“But this morning I saw the news about Sainsbury’s and even though it’s the cuddliest of all I felt nothing. Part of me even thought they deserved it.

“Maybe I am just putting up mental barriers to stop myself getting emotionally destroyed by fluctuations in the grocery market.”

A spokesman for Sainsbury’s said: “It’s heartbreaking for us because we care so deeply about our customers, often letting them off paying for their groceries when we know they’ve had a tough month.

“Well, that’s over. From now on you’re just cash cows to us.”