ED Miliband is planning to show Barack Obama his collection of 2000AD comics, many with free gifts still on the cover.

The Labour leader will take his rarest 2000ADs to Washington next week, planning to forge Anglo-American relationships via his comprehensive knowledge of Judge Dredd, ABC Warriors and less fondly remembered strips such as Ace Trucking Co.

Miliband said: Barack Obama looks as though he would definitely have been part of my gang at school, The League of Zarjaz Earthlets.

I may even detach the Space Spinner free gift from issue one for some light-hearted yet reverent fun.

Issues on the agenda include trade agreements, the problem of a volatile Middle East and whether youd rather do it with Judge Anderson or Sister Sledge, the Nort agent who paralysed Rogue Trooper during the Dix-1 Offensive on Nu-Earth.”

However David Cameron said: The leader of the most powerful nation on earth is more likely to want to be best friends with someone like me who owns a large collection of Commando comics, which we can do swaps with if he has copies of Battle or Warlord.

Quite simply, in the international geo-politics of the 21st century there is no role for Nemesis the Warlock. 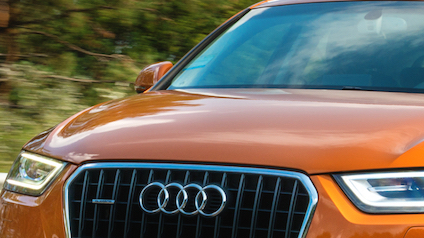 BRITONS’ manic obsession with having more material goods than their peers is actually just ‘lifestyle’, according to experts.

Researchers into middle-class existence said that the search for meaning through fancy cars and gas barbecues was not an acute mental illness, but something nice and elegant.

Sociologist Stephen Malley said: “If you’ve stayed awake for three solid days worrying about why next door’s new garden furniture makes you want to jump off the roof, don’t worry.

“You haven’t lost it, you’ve just gotten into lifestyle, which is totally healthy and correct.”

Malley said it was so much easier to accept lifestyle and join in than struggle against it and risk dying alone in a cave.

“Just open the Sunday supplement for any newspaper, skip over the long articles about Palestine that nobody reads, and mentally immerse yourself in the nice shoes, cheeses and gardens with gypsy caravans in.

41-year-old Mary Fisher said: “When my husband became unable to work due to serious illness, I was terrified that we wouldn’t be able to afford the Ocado van like the rest of the street.

“Afterwards I felt guilty about this and began to wonder if my soul had been poisoned.

“But nobody’s ever proved that the soul exists, whereas my new sofa is both real and delightful.”