MP outraged at suspension of Parliament but on the other hand, six weeks off

AN MP has admitted half of him is furious at the politically motivated proroguing of Parliament while the other half is punching the air shouting ‘Whoo’.

Roy Hobbs, member for Stoke-on-Trent North, fought alongside Labour party colleagues to stop last night’s suspension but is now on holiday until mid-October just a week after coming back.

He said: “Bloody constitutional outrage and all that, but school’s out for autumn. Sweet.

“Being fair, the last week’s been hard work. All the meetings in the morning, the Commons until late, WhatsApp groups you can’t even remember joining pinging you to sleep. Nightmare.

“But, much as I’m furious at prorogation, I’ve now got a leisurely fortnight at home before conference which as a loyal but undistinguished backbencher is a jolly anyway.

“He’s done us a solid really, Boris. Gave us time enough to f**k him over and then put our feet up. Good lad.” 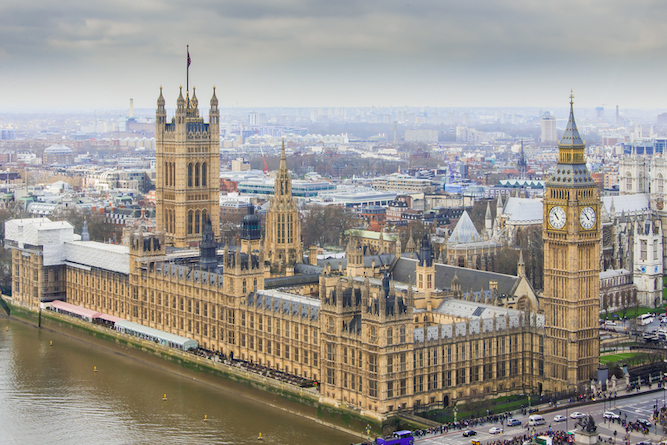 A LAW blocking no-deal Brexit, to be passed today, is legally watertight. But not according to the massive brains of Tory backbenchers. Here’s how they’ll beat it:

Declare ‘The Purge’
No laws apply for 12 hours during The Purge, so by simply declaring one – which doesn’t require the support of parliament – the prime minister is free, while the UK murders and robs, to ignore all demands to get an extension from the EU.

Write opposing letters
Write a letter to the EU requesting a Brexit extension, then a second letter ordering them not to grant one, then a third letter saying ignore the other letters, then a fourth letter advising not to do anything until the fifth letter, then an empty envelope, then a sixth letter written in code.

Create a new month
Wait until the EU’s granted an extension then invent a new month – Peoplesuary – that goes inbetween October and November, and which isn’t covered by the extension. And after Britain’s enjoyed a month of no-deal magic it will accept nothing else.

Arrest all the traitors
On the night of October 17th arrest every Remain-supporting MP and voter in the country and transport them to the newly-built Isle of Man Penitentiary where they will stay for the rest of their short, miserable lives. And good riddance.

Send Britain into space
Secretly install massive jet rockets around Britain’s coastline and on October 31st simply rocket the whole UK into orbit where we are subject to no earthly laws. The issue of whether to stay in orbit or roam the galaxy like Space: 1999 will be decided by referendum.

Get a deal
Too far-fetched and unlikely to be considered by all but the most demented backbenchers. It’d be hard work and Boris can’t be arsed.