RUPERT Murdoch has called a press conference at Downing Street where he will order a vote for Brexit.

The billionaire’s speech, made from the steps of his regional office at number 10, will be broadcast live on every television, computer screen and smartphone in the country, even if off.

Murdoch will say: “Come on, Britain. In 40 years you haven’t elected a prime minister I haven’t told you to. Why change now?

“I’ve told you in my newspapers and via my best Conservatives that Britain needs to be out of the EU because it would be financially convenient for me.

“I want a Britain independent of the EU, a Britain I can continue to use as my plaything, a private island where I command the police and write the laws.

Murdoch was followed by prime minister David Cameron, who read out a prepared apology for the Remain campaign.

Wayne Hayes of Darwen said: “This man has been giving me tits and football my entire life. How can I say no?” 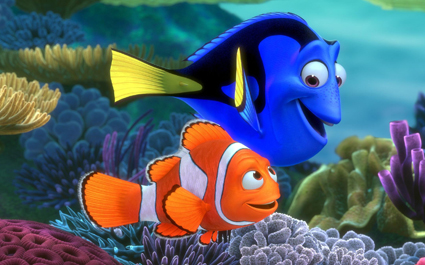 THE lead character of Pixar’s Finding Dory dies after jumping out of a fish tank for no reason, it has emerged.

Many filmgoers felt the company’s use of ‘life lessons’ in its films had gone too far when Dory’s adorable little blue corpse is found by her indifferent owner and flushed down the toilet.

Filmgoer Stephen Malley said: “I’d really been enjoying Dory’s adventures until she spontaneously leaps out of the fish tank and slowly suffocates to death on the floor.

“The next morning she’s found all stiff with rigor mortis, at which point people in the cinema started sobbing uncontrollably, including the two off-duty Royal Marines sitting in front of me.”

Mum-of-two Donna Sheridan said: “My kids said they never want to become emotionally attached to anyone in case they die, and frankly I agree. The octopus was hilarious though.”

A Pixar spokesman said: “We feel our films are better for being affecting. The ending is actually toned down from one where Dory is filleted and ground up to make fish fingers.