JACOB Rees-Mogg has screamed for his nanny after soiling himself in the House of Commons.

The nanny rushed to help the 49-year-old MP, scooping him up and carrying him to his office.

Nanny said: “Come now, Master Jacob, let’s pop you onto the table and get this all cleaned up. Oh dear, pees and poos.

“We’ll get you into your nightshirt and I’ll read you a lovely story about hedge funds.”

The nanny was then distracted by a sad, chubby, blond-haired boy, tugging at her apron before pointing at his sodden trousers.

This is what happens whenever posh twats are in charge, say experts 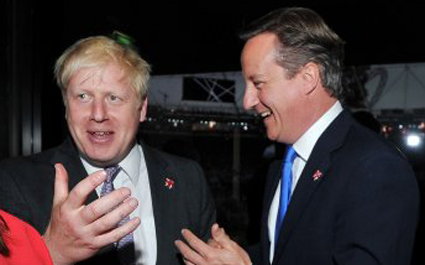 A HISTORIAN has confirmed that Britain ends up in a raging mess whenever we make the mistake of putting posh people in charge.

Denys Finch Hatton, professor of history at Christchurch College, Oxford, pointed to the Suez crisis, the First World War, the English Reformation and basically most of the last 1,500 years as an example of his point.

He continued: “We have a great tradition in this country of inventors, of artists, of writers, of mathematicians, of real, solid achievement. And then there are the posh twats.

“They’ve led this country into war after war, into schisms with churches, into Black Deaths and Corn Laws and pointless Grail quests, killing tens of thousands of us every time.

“We’d hoped those days were over but then Blair crept in with his Damon Albarn accent, then we went full Eton and guess what, the country’s completely f*cked again in no time at all.

“Mark my words, this won’t be over until half a generation’s massacred and we all vow ‘never again’ until the next time we let the chinless f*ckers get their hands on the keys.”