No such thing as an unsackable minister, says politician oblivious to irony

THE prime minister has been praised for her obliviousness to irony after claiming there is ‘no such thing as an unsackable minister’.

Theresa May, following an election campaign which reached maximum levels of irony, yesterday announced that no minister can consider themselves secure in their job while completely failing to get it.

Nathan Muir, from Worcester, said: “She can’t continually be making statements like that with no recognition of how perfectly they apply to herself. This is better than ‘strong and stable’. I’m starting to think it’s deliberate.

“If she’s just playing this straight the whole time then she is the greatest ironist of all time; the ‘magic money tree’, ‘unifying Britain’, sheer genius.

“But actually it’s deliciously ironic that she’s making us think that, because she’s really just thick as mince.”

May said: “The British people have told me that they want me to get on with the job. That’s what they said. I don’t understand why you’re smirking.”

Christ, that bloke off Casualty gets shitloads, says Britain 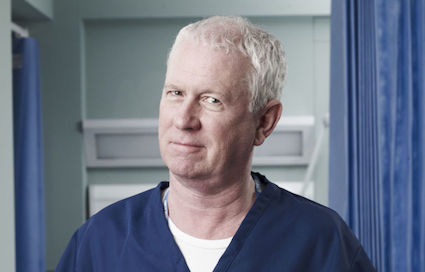 THE UK had no idea that him off Casualty, the one who’s been in it for years, took it home in a fucking wheelbarrow.

The bloke, you know the one, he’s a nurse or something, is apparently the highest paid actor at the entire BBC which you would never have guessed and Danny Dyer must be fucking furious.

Speculation is growing about what kind of house the man, whose name is expected to come to us any minute – he’s Charlie in the show – has and why he is never seen at showbiz parties.

The public was unsurprised to learn that Chris Evans was continuing to trouser cash because he is jammy bastard and has been for fucking years. Viewers also admitted that Gary Lineker probably deserved his wedge because he was quite good on the Twitter.

Meanwhile, Alan Shearer, defending a salary of more than £400k, said: “I fully deserve my money as I say a large number of words, and sometimes place them into a particular order.

“Anyway you’ve all tuned out now so I’ll stop talking.”