NEW UKIP leader Paul Nuttall has pledged to be a forgettable minor player in the overall history of British politics.

Nuttall made the promise at a party conference in the back room of a pub, where there was also a buffet of poor quality triangular sandwiches.

He said” “I promise to be unmemorable, underwhelming and totally pointless in the grand scheme of things.

“I’ll also probably be forced out of my current position soon, maybe within a fortnight, because UKIP is bitchier than a group of teenage girls on the back seat of a school bus.

“After which, if you google my name it’ll say ‘Showing results for Nutella’. Then you will forget why you googled me.”

Nuttall then ended his speech by praising the films of Mel Gibson before adding he planned to ‘put the Dead Good back into Dead Good Britain’.

UKIP voter Julian Cook said: “He really is the perfect captain for this surely sinking ship.” 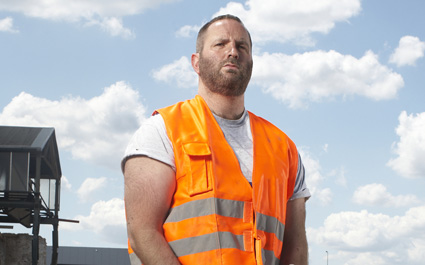 A MAN will not ‘take any shit’ from people and organisations that do not appear to bear him any ill will, it has emerged.

Roofing contractor Norman Steele is in a constant state of readiness to repel shit from sources as diverse as his GP, online retailers and local McDonald’s staff.

Steele said: “I don’t take any shit from my boss. He’s never actually given me any in the 10 years I’ve worked there because he’s a very reasonable guy, but I am ready for hypothetical shit.

“It’s the same with my doctor. I told her I needed something for a chest infection and straightaway she said, ‘Yes, antibiotics should do the trick.’ I think she sensed I wasn’t taking any shit.

“Word has clearly got round that I won’t be intimidated because I can go for months without deliberate provocation like being given a slightly dirty spoon in a cafe.”

Friend Tom Logan said: “I think he’s a bit of a drama queen to be honest because I’ve never heard of the government sending people round to ‘give you shit’ for not eating your five-a-day.”