FIDEL Castro decided his life was complete after watching America destroy itself, it has emerged.

The Cuban revolutionary passed away on Friday after realising that his life’s goal, to witness the demise of the United States and liberal democracy, had come to fruition.

A spokesman for the Cuban government said: “Comrade Fidel drew his strength from the fight against America. That fight is now clearly over, and Fidel won.

“He died peacefully, with a copy of Donald Trump’s The Art of the Deal beside him and a big smile on his face.

“Very soon, probably some time in January, the people of New York, Los Angeles and even Miami will realise that democracy is an empty lie, and they will embrace the ideals of Fidel’s communist revolution.”

Political commentator Eleanor Shaw said: “Castro’s Cuba was admired by people all over the world who think access to healthcare, education and vintage cars is more important than free elections.

“And when a free election hands power to a hate-fuelled business amphibian, you wonder if he might have had a point.”

It definitely too late to ask temp's name 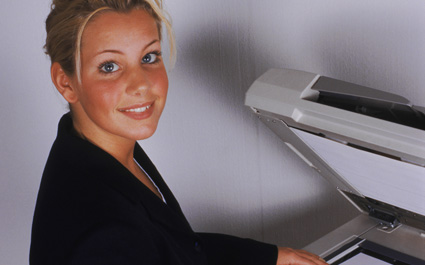 IT IS too late for co-workers to ask an office temp what her name is, experts have confirmed.

Colleagues have been passing the short-term contract worker in corridors for the past six weeks, while going to great lengths to avoid using her name.

Sales administrator Nathan Muir said: “Instead of having to say her name, I’ve been gesturing at her like the Fonze when I see her, clicking my tongue, or just saying a really long ‘heeeeeeeey!’

“I’ve shared too many morning greetings and knowing smiles about the coffee machine to admit I don’t know her name now. I think we both know I don’t know it but, as with my marriage, it’s easier to continue living the lie.

“Hopefully her contract will end soon and I can make a fresh start with the new temp.”

Emma Bradford, the temp’s team leader, said: “I’ve been hoping to overhear someone else using her name but I’m starting to feel like nobody else can remember it either.

“Maybe I’ll just call her an obviously wrong name like ‘Rainbow’ and let her correct me.”