Oh shit, I might not be Churchill after all

by Boris Johnson, prime minister of the United Kingdom

I HAVE always been a great admirer of Winston Churchill. I wrote a biography of him. I have considered myself his modern equivalent. I may have been wrong.

Because in this time of crisis, when the economy is on a war footing, I see myself on the television and see not a great, resolute statesman but the terrified, pisshole eyes of a cornered rodent.

I hear not a great orator capable of bringing a frightened and divided country together, but the empty bluster of a man out of his depth and desperately trying not to crack a gag.

Churchill was, of course, in his own time a controversial figure. He was a Tory that joined the Whigs, he was blamed for causing a recession, and a few other things. But when the hour came, so did the man.

He wouldn’t, I feel sadly sure, have seen that hour come and been upstaged by a boy chancellor offering nothing more than an extra-large package of payday loans to businesses. But that, regrettably, was what I saw last night.

I honestly thought I’d rise to the occasion. I thought the whole tousle-haired clown thing was an act concealing the steely statesman within. But it seems it’s clown all the way through this particular stick of rock.

So I’m not Churchill, it turns out. Easy mistake to make. I’ll just have to settle for that great leader who came a creditable third in WWII instead. They called Mussolini a clown too, you know.

How to cut a Coronavirus chart banger, by Ed Sheeran 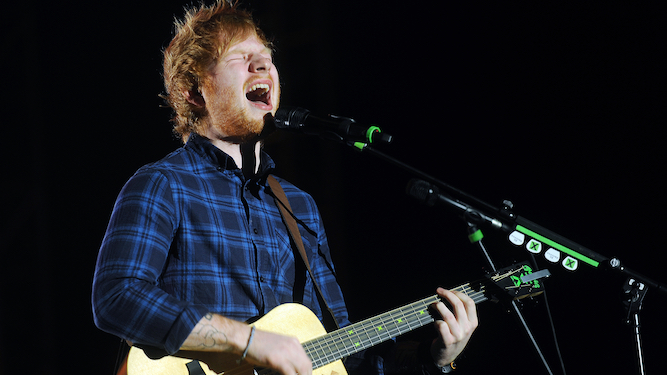 AS the best contemporary songwriter since Bono, I can’t shy away from taking on the big issues. Here’s how I’ll write the Ring a Ring O’ Roses for the coronavirus generation:

Bring in symptoms like ‘persistent, dry cough’ and rhyme them with ‘homes cordoned off’ or ‘hope’s not lost’. Which is not accurate but scans better than ‘pre-existing health conditions’.

Bring in key things associated with COVID-19, like toilet paper shortages. Not as romantic as a posy of flowers so disguise it with a line like ‘white wads wafting from supermarket shelves’. Streamers of flying loo roll will also make great visuals for the video, and not at all wasteful.

A dance move involving coughing into the crook of your arm then elbow-bumping your partner will help the song catch on with the crucial Fortnite demographic of kids who can do it in the playground, film it on TikTok and make it go viral. In a good way.

Enlist some South Korean stars as a sign of global togetherness, but also because K-Pop’s massive right now so why not jump that bandwagon? But only put Blackpink on the remix, not the original. Being a songwriter isn’t about sharing.

Make sure your main chorus is insanely positive about how we’ll beat this thing together and ain’t nothin’ gonna hold us down, so anyone under quarantine and suffering unprecedented restrictions to their life can identify with it.

Finally, if you’re a ginger from Ipswich like I am, make sure to spit some excruciating bars mid-song to remind everyone that there are worse things than a global pandemic. The audience will thank you.