CHANCELLOR George Osborne is to put an end to excessive bank bonuses with an angry poem about shame.

Rejecting claims the government had ‘thrown in the towel’ on City pay, Osborne said that when his poem was finished nothing would ever be the same again.

“There comes a time in every statesman’s career when he is faced with an issue so great that responding with new legislation is demeaning for everyone concerned. It is at times such as these when he sits at his writing desk, picks up his pen and lets loose the tiger that stands guard over his soul.

“Would you like to hear a little bit of it?”

The chancellor then reached into his jacket, pulled out a piece of paper, cleared his throat and said: “Fat greedy piggy and his trough full of money. Oink oink, piggy, your nose is all runny.” He then bowed his head before the hushed Commons chamber, folded the paper and put it back in his pocket.

As members on all sides got to their feet and began cheering, a triumphant Mr Osborne shouted above the noise: “All that is necessary for the triumph of evil is for good men to not write poetry!”

The Treasury later stressed the poem was the ‘nuclear option’ after a series of initiatives including writing to the UK’s senior investment bankers and asking them how they would like their bonuses to be taxed.

A spokesman said: “He also met several of them in person and asked whether they could pay themselves slightly less money, but unfortunately they said ‘no’.

“They were very nice about it and pushed him really hard against the wall so that his face was all scrunched up, before threatening to move their businesses to Bahrain and turn Britain into a slave labour camp/whorehouse for Chinese gangsters.

“Thank goodness we now have the poem.”

Undercover officer lured back with meat 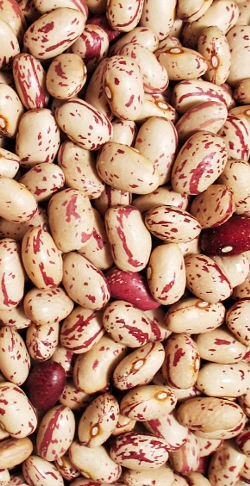 POLICE hope to lure undercover officer Mark Kennedy back into a police station using a steak on the end of some thread.

Kennedy has gone missing after spending more than two years infiltrating some of the world’s most boring vegetarians in a bid to stop them making a big banner with a colourful bird on it.

But instead of gathering vital intelligence about beans and slightly out of tune guitars, Kennedy found himself agreeing with whatever it is they go on and on and on about.

A Scotland Yard source said: “It got to the point where Mark could read an entire newspaper column by George Monbiot without immediately wanting to frame him for something.”

Kennedy was one of series of undercover officers sent to infiltrate a variety of dangerous groups, including one officer who spent three years wearing some novelty dreadlocks and saying ‘yeah mon’ every 30 seconds and another who posed as an animal rights activist before falling in love with a donkey.

Upon capture Kennedy will be deprogrammed and then reprogrammed using a combination of beef products, some old episodes of The Sweeney and selected readings from Peter Hitchens’ new book about how environmentalism killed the Queen Mother.

The source added: “It’s basically a reverse ‘Clockwork Orange’ where the intention is to turn the patient back into a blindly obedient cretin.

“We’ll know it’s worked when we present him with a Sun crossword and he tries to eat it with his feet.”