GORDON Brown and David Cameron both considered resigning from their posts after being forced to spend another summer holiday in Britain, it was claimed last night.

Both party leaders are understood to be furious at the prospect of two weeks in a dreary seaside hell-hole thanks to the economic slowdown and 'bastard environmentalists'.

Sources say the prime minister asked senior advisers where in his contract it said he had to go to Suffolk, while Mr Cameron had to be talked out of an angry rejection of his hard-won green credentials.

Mr Brown is understood to have told colleagues: "I earn 190 grand a year. I could go to that place in Mauritius where the hotel rooms are little huts perched above the water. First bloody class. But because that arsehole Darling has fucked my economy I have to go to Southwold.

"And the fucking tree huggers would do a spaz if I got on a plane, despite the fact I'll be emitting 400 tonnes of carbon just keeping my seaside cottage warm in the middle of FUCKING JULY!"

While some political observers say two weeks on the bleak, windswept Suffolk coast fits well with the prime minister's brooding character, his friends say he's not that fucking miserable.

Meanwhile a source close to Mr Cameron said: "Would he rather be next to the pool at a sprawling, tastefully renovated farmhouse in Gascony, where it is currently 88 degrees? Of course I fucking would.

"But because 'everyone is so poor', I – he – has to pretend to give a shit by dragging his arse to some rain sodden toilet in Cornwall and force down the fish and chips for a fortnight while all the 'poor people' piss off to Majorca.

"And global warming's a lot of cock. I fucking hate this job." 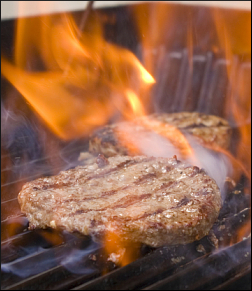 A FIREFIGHTER sacked for being overweight is a key member of the team and makes an outstanding firedoor, his colleagues said last night.

The men of Red Watch said Kevin Ogilvie has the perfect physique for the job and they often use him to extinguish out-of-control bonfires just by sitting on them.

Ogilvie was also deployed as a mobile dike during last summer's floods, while his huge bulk has provided a soft landing for thousands of cats.

Tom Logan, a fellow Red Watch member, said: "I've lost count of the times Kev has saved my life, although I was off work for six months after he stood on my foot.

"When we head into a burning house he heads straight for the kitchen to make sure no-one is trapped in the fridge."

However, station commander Bill McKay said Ogilvie was a walking chip-pan who could destroy a whole building if he went off.

McKay added: "He uses up all the oxygen just getting out of the truck, he's buckled four ladders and we can longer afford the diesel to drive him about.

"This lot are supporting him, but they won't follow him into a burning building after lunch and face being wiped out by his deadly backdraft."