GOVERNMENT cuts affect poor people less because they like horrible cheap shit, the Conservatives have explained.

The party said economic deprivation could be a good thing because it prevented the poor from being exposed to unfamiliar and frightening experiences.

A spokesman said: “A dinner party would be incredibly traumatic for people who only eat frozen ready meals. A whole chicken would look like an alien to them and they’d either attack it or call Sky News.

“Seeing a Shakespeare play would make them think they’d gone back in time and start frantically looking for a rift in the space-time continuum.

“It would be worse if David Tennant was in it because they’d be expecting Daleks to appear.”

The spokesman added: “We will try to keep the horrible, cheap shit as cheap and horrible as possible.”

Kate Bush to lead audience away like a pied piper 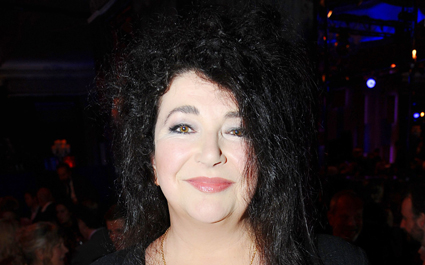 KATE Bush is to lure her audience away from London to a place from which they will never return.

The singer’s 22 gigs, which have attracted more than 65 per cent of Londons vinyl collectors, were organised by the Mayor of London to clear the city of an infestation of ‘sensitive’ people.

Johnson said: Men who read the liner notes while listening to albums and women who wear bangles and offer to read your tarot cards are a pestilence on our city.

“These people bore themselves into the very fabric of the capital, embedding themselves in wood-lined rooms with massive stereo speakers, and are almost impossible to root out.

Bush will lead the audience out of the venue, along the fairy-tale Hammersmith Flyover and finally to a mountain where they will be sealed inside listening to Hounds of Love for all eternity.

The mayor has no intention of paying Bush for the gigs, in the hope that she will punish London by luring away every teenager who listens to music on the bus without headphones.