THE campaign to keep Britain in the EU is just a photo of Nigel Farage drinking a pint.

The photo has been turned into posters with the caption ‘Really, this guy?’.

Campaign manager Nikki Hollis said: “Brexit see Nigel as their biggest asset. I’ll just leave that there for a second.”

She added: “But he’s also our biggest asset because of everything about him.”

The Farage posters, which depict him laughing like a barking frog in Home Counties inns surrounded by golfers, will be installed in bus shelters and train stations across the country.

Hollis said: “It does mean that both campaigns will be pathetically simplistic, but at least ours is based on fact.”

Plans to front the Britain Stronger In Europe campaign with June Sarpong were abandoned because most voters are not hungover students watching T4 in 2006.

Man who remembers Thundercats actually had a terrible childhood 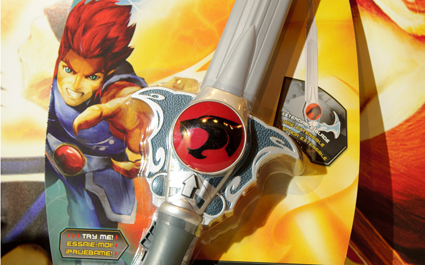 A MAN who remembers something from the 90s did not therefore have a great time of it as a boy.

Contrary to the rules laid down by tedious internet memes, 34 year-old Martin Bishop’s childhood consisted of his parents getting divorced when he was six and being used as a pawn between the pair of them.

He said: “Thundercats didn’t really stop my dad from leaving or my mum from bringing home a string of blokes who all bore an entirely coincidental resemblance to my dad.”

“Lion-o shouting ‘Thundercats, hooooooo’ is a painful reminder of how the other kids at school used to refer to my mother.”

“Although I did enjoy Thundercats, and in fact asked my dad for a Sword of Omens toy for my eighth birthday.

“That was the year he completely forgot to get me a present.”