Raab's in charge: what the acting prime minister can and can't do

FOREIGN secretary Dominic Raab is officially in charge of the country, but his powers are limited. What can and can’t he do?

The first secretary of state needs cabinet approval to keep Britain in lockdown past next Monday’s deadline, but will almost certainly get it. The only objection will be from Priti Patel demanding it be permanent.

Raab does not have the authority to command Britain’s armed forces to begin a full-scale air and ground war with a foreign power, a limitation discovered within 45 minutes of his appointment when he said ‘Right, now I’m in charge we’re having a war.’

The power to order new green-and-white FIGHTING FOR BRITAIN lanyards is fully Raab’s, and he has wasted no time in exercising it. Furthermore while everyone else’s has white lettering on green, his is green-on-white making him more special.

Despite the backing of everyone else in cabinet, who resent this cocky little upstart the public don’t hate yet just as much as he does, Raab does not have the authority to fire the chancellor and replace him with someone better qualified, eg former Brexit secretary Dominic Raab.

Whitehall has confirmed that yes, black belt Dominic Raab does have the authority to turn his daily press conference into a demonstration of his skill in martial arts. Members of the press will be invited to rush him and he will take them down.

A loophole in Britain’s unwritten constitution allows Raab to launch a single nuclear warhead but only one. The next 72 hours, as he agonises over the perfect target, will be torture for him.

The four types of freaks who are loving lockdown 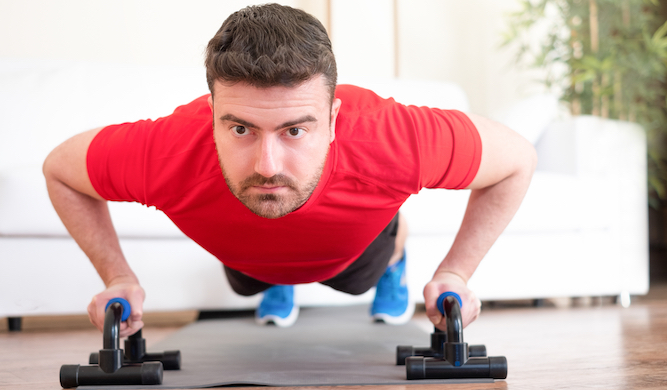 LOCKDOWN? Thriving on it mate. Meet the four types of weirdo who actually like this:

Catching Up On My Admin

This sick puppy is up at 6am chugging kale smoothies, going for a run, lunching on protein shakes, going for an illicit second run, then doing jumping jacks on the balcony in the evening. Avoid at all costs. And consider dobbing them in for that second run.

To be fair, one freedom offered by our current situation is you get to f**k off work and try being creative for a living without actually committing to it. But this eccentric creep’s Etsy store selling hand-sequinned felt isn’t your problem. You’ve not bought a single item and you never will.

This reprehensible mutant has already planned a novel about, guess what, a pandemic. Yes, that’s right, they’re determined to be the first to get literature published about this time, and have you checked out their blog yet?