RACIST nans are to set out their programme for government after seizing control of the country.

Senior civil servants will meet with influential 78-year-old Mary Fisher later today, although she has already warned  that they are not coming in if their shoes are mucky.

The issues will include ‘other races’, why they keep changing the names of chocolate bars, and next door’s tree which is now so tall it nearly touches the telephone wires.

Fisher said: “I’ve made a list of all the races that want sending home, which is basically all of them apart from the Asian man who drives the Dial-A-Ride bus.

“He can stay. Not his family though.”

Fisher will also lobby the prime minister to enforce weekly grandchild visits, make Post Office staff be a bit more friendly and to replace all other television presenters with the hosts of Country File. 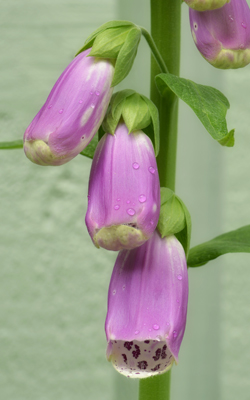 JOSE Mourinho has queried the quality of officiating at this years Chelsea Flower Show after his foxglove-dominated garden came second.

Renowned for his pragmatic yet effective horticulture, Mourinho had intended to win the coveted Best In Show prize but his carefully constructed flower beds finished second to Manuel Pellegrinis hastily yet expensively assembled garden.

Mourinho said: Of course I have to congratulate Pellegrini, his vibrant lupin-strewn planting was world class. But sadly its another flower show that has been ruined by poor decisions from the officials.

My foxgloves really dominated and maybe if just one or two of our electric blue anchusas had been recognised things wouldve been different.

I hate to have to mention the officials, but everyone could see that Pellegrinis Japanese-influenced amelanchier tree, while aptly placed and delicately pruned, was clearly infringing on my frothy Deschampsia cespitosa.

Its no more than I expected though, my herbaceous perennials have been getting no protection all season.

At least Mourinho had a better day than fellow gardener David Moyes who was looking after Sir Alex Fergusons usually successful entry but could only finish seventh after many of his best flowers wilted due to being poorly positioned.