A PROCESSION of Labour ministers and backbench MPs announced their resignations yesterday, like rats deserting an utterly shit government.

Home secretary Jacqui Smith was the biggest name to step down insisting she wanted to spend more time with those members of her family who were not obsessed with that really dirty Hungarian pornography that you have to order from illegal Dutch magazines.

On what was arguably one of Gordon Brown's better days as prime minister:

Labour's deputy leader Harriet Harman said the wheels had not come off the government but if they did she would attach it to the back end of an old, seaside donkey and drag it through the dirt for another 12 months.

Meanwhile a Labour spokesman insisted Gordon Brown's government was not the worst ever, adding that if you gave him three or four days he could almost certainly come up with a concrete example.

He said: "I'm pretty sure there was a government in Chad in the mid-1970s where all the ministers were made of dung and the country was run by moths."

Microsoft Games Controller Will Allow Everyone To Be Tedious 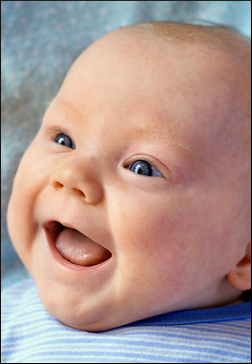 MICROSOFT has unveiled a hands-free controller for the X-box which will open-up the empty, soul-destroying tedium of video games to everyone.

Project Natal can interpret body movements and facial expressions by using technology that experts say must – for the love of God – have a better use than this.

The technology is being backed by film director Steven Spielberg who said playing a video game was the perfect way to round off a grindingly meaningless day spent watching War of the Worlds or Indiana Jones and the Kingdom of the Crystal Skull.

Natal is named after the stunningly beautiful province of South Africa that people who play video games will never visit because it doesn't display a range of absurd weapons or magical powers in the bottom left hand corner.

A Microsoft spokesman said: "This system is not just for people without thumbs, it's also for people who have thumbs but can't use them properly.

"A two month old baby will soon be able to remove virtual heads using a virtual chainsaw just by moving its lower lip. How long has mankind waited for that particular day?"

He added: "Retired people can finally abandon their hollow, unimaginative dream of travelling the world and instead spend their twilight years fucking-up two-dimensional drug dealers or applying their insanely dangerous driving skills to Grand Theft Auto."

Bill McKay, an arthritic 84 year-old from Peterborough, said: "I missed the invasion of Normandy because of my flat feet, but thanks to Microsoft I'll be able to play Call of Duty III and experience a vacuous, cartoon version of the terror my schoolmates had to endure."