Skips And Alleyways To Be Hit By London Mail Strike

A POSTAL strike across London could leave the capital's skips and alleyways with dangerously low levels of discarded mail, it was claimed last night.

Business leaders have warned that without the weekly haul of 3000 tonnes of cards, bills and letters, the skips may have to be used for old sofas and bits of mouldy carpet.

A spokesman for the London Chamber of Commerce said: "Business will grind to halt if mail is left sitting in sorting offices instead of in a skip, bin or urine-soaked doorway."

The Royal Mail said job cuts in the capital were necessary after a 10% drop in letters caused by most people having their redundancy notices handed to them in person by some gormless shitwit from personnel.

Negotiations broke down earlier this week after the Royal Mail rejected a demand from the Communication Workers Union to give delivery staff at least two hours a day for backroom poker games and stolen birthday present auctions.

Meanwhile the Royal Society for the Protection of Birds has warned a strike would leave thousands of inner-city chaffinches without the gas bills and bank statements they need to build their nests.

A spokesman said: "These birds could die out unless they have the necessary materials provided by workshy postmen on their way to the pub."

The strike, due next week, was backed overwhelmingly in a postal vote. A CWU spokesman said: "It took a while for all of the ballots to come in. We eventually found most of them in the boot of a burnt out Skoda Fabia in Deptford."

The CWU said striking workers will picket delivery offices across the capital until they get bored and wander off for a bacon sandwich and a 10-minute wank. 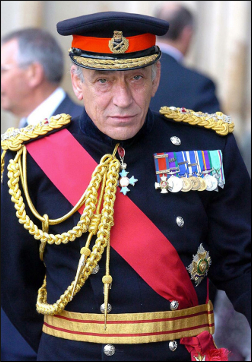 Signalling the start of Labour's fightback, the prime minister is also expected to unveil a radical Susan Boyle-themed reshuffle on Friday with ministers being told to ensure all policies have been Susan Boyle-proofed.

A furious Mr Brown phoned freak-judges Simon Cowell and Piers Morgan on Sunday night to ask what they did to upset Susan and stressing, in the strongest possible terms, that if they made her cry again they would have to deal with him.

The prime minister is now receiving half-hourly updates from Boyle's doctors at the Priory Clinic and has had a CCTV camera installed in her bedroom so he can watch over her as she sleeps.

Dismissing the continued speculation over his own future, Mr Brown insisted he was 'getting on with the job' of reforming Britain Must be Stopped and ensuring the country emerged from the recession with a healthy Susan Boyle able to cope with the challenges of globalisation.

A Downing Street spokesman said: "Do you think my CV should be justified or aligned left? And what about fonts? I think Times Roman makes me come across as mature and professional."