NIGEL Farage has claimed that the UK overwhelmingly voted for him to get a knighthood in June last year, and losers should ‘get over it’.

The former UKIP leader says that everyone fully understood that, when asked if Britain should remain in the EU, answering ‘No’ would make him Sir Nigel Farage.

He said: “When will these elites stop trying to overturn democracy?

“I suppose they’ll be saying that Britain didn’t vote for my statue in Parliament Square next, or Kent being renamed Farageshire ‘wasn’t on the ballot paper’.

“No, last year Britons voted for hard Brexit, the abolition of the House of Lords, a 41 per cent rise in hate crime and a ‘K’ for Nigel.”

Farage added: “Though I am still anti-establishment. Actually even more so.”

Elderly to be cared for by the china figurines they love so much, says government 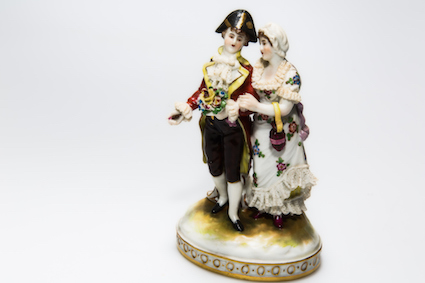 BRITAIN’S elderly will be cared for by their china dogs, milkmaids and ladies in fancy hats, the government has announced.

The scheme is set to revolutionise care for the elderly by side-stepping expensive care homes and time-consuming visits from relatives.

A Department of Health spokesman said: “Just as dogs provide unparalleled care to the blind and deaf, we believe we can train these cheap pieces of tat to do something other than collect dust”.

It is thought that ‘Milkmaid with Collie Dog’ will be one of the most popular china carers, followed by ‘Laughing Bellringer’ and ‘Spaniel Carrying Basket of Fruit’.

The spokesman added: “We’re also looking at whether or not fridge magnets from holiday destinations could be used to replace nursery schools.”