CHANCELLOR of the Exchequer Sajid Javid may not know how trade with the EU works, but it doesn’t end there. Here he answers more questions about the world around us:

How do toilets flush?

Water pressure. The water in the toilet tank is incredibly compressed, so when you flush it rushes through with such force it smashes your excreta into tiny pieces invisible to the naked eye. It’s still there though, so change your toilet water every month with a cup and a bucket, as I do.

If we’re descended from monkeys, why are there still monkeys?

The benefits system. Thanks to overly generous government handouts monkeys have become too lazy to evolve into humans. Our government will put a stop to this and make them work for their bananas.

How do massive planes with tiny wings stay in the sky?

Hot things rise, and the sun heats up planes on the runway until they float upwards, like steam from a kettle. They’re too cold to float at night, which is why you never see them in the sky, just UFOs.

Who invented the computer?

Stephen Hawking, because he needed a way to tell people about black holes. His groundbreaking work was then adapted by top Brexit scientists desperate to inform the public about ridiculous EU regulations the media kept secret. Within days, the internet and Facebook were born.

Where do flies go in winter?

Back to the EU. There were no flies in the UK before 1973, but since then freedom of movement has allowed them to feast on British dog turds that rightfully belong to indigenous insects like squirrels. 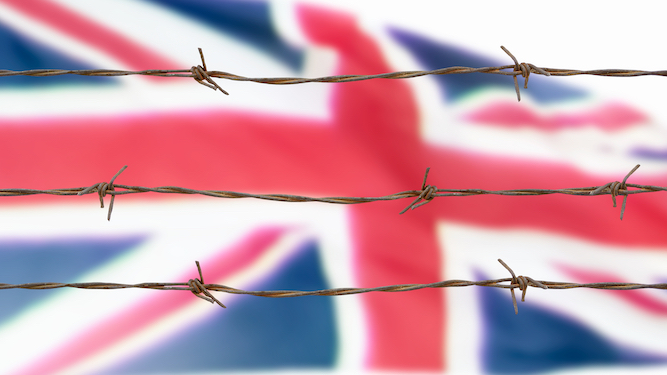 BORIS Johnson has promised a points-based immigration after Brexit, but Australia’s got that and they’re still mad racist. Here are a few systems Brexiters would prefer:

Comes with the slight downside of tanking the economy and returning us to a pre-modern society based on bartering root vegetables for charcoal. However that’s unlikely to trouble hardcore Brexiters and, if it means winning the next election, Boris Johnson.

The right sort of immigrants

Only accepting ‘the brightest and the best’

Accepting only highly qualified economic migrants is a great passive-aggressive way to keep ‘them’ out. All new UK residents will have to be educated to at least PhD level in both brain surgery and solid-state propulsion systems before accepting bum-wiping jobs in care homes.

If you’re a Polish plasterer hoping to build up a nest-egg before returning to Krakow, you will have to wear tweeds at all times and only ever say, ‘What ho, old chap! Splendid to see you this morning! The thwack of leather on willow, eh? England expects!’

A reasonable number of immigrants

Many Brexiters are liberal about immigration as long as the numbers are limited and justified, say 150 max. More than enough, surely?

A lockdown situation in which all foreigners, even if born here, are put back on a plane at gunpoint, the Chunnel blockaded, all airports closed and coastal gun batteries built in Dover to sink cross-channel ferries. Fair enough, Brexit did win.