UKIP is courting the vote of immigrants who hate what they see in the mirror, it has confirmed.

The party believes its policies and candidates will appeal to thousands of voters who despise themselves for living and working in the UK.

A party spokesman said: “You came to Britain because you needed money, leaving your country and your family behind for a few warm coins from the most ignorant people in Europe.

“And with every raindrop that falls, with every racist remark you ignore, with every fake smile of servitude you dole out to the ill-mannered customers in your restaurant you disgust yourself a little bit more.

“Don’t bottle up that self-loathing inside. Vote UKIP, because we feel exactly the way you do.

When asked if foreigners could really be so sickened by themselves that they would fall for such a ridiculous John Bull caricature, the spokesman pointed out that Nigel Farage’s wife is German. 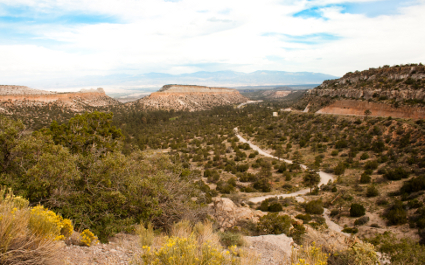 THE spin-off from hit drama Breaking Bad is a documentary about the flora and fauna of the New Mexico desert, its producers have revealed.

Breaking Badlands, Plains and Mountain-Desert Transition Zones will focus on the cacti, lizards, and coyotes that thrive in the semi-arid environment of the state, occasionally showing Walt or Jesse driving past in the background.

Producer Joseph Turner said: “The beautiful landscapes of New Mexico, from the Blue Range Wilderness to the Gila National Forest, were a key part of the original, and after all that tension and excitement we felt viewers needed a change of pace.

“Focusing initially on a family of white-nosed coati, we’ll watch them play, search for food, and run terrified away from the noise of gunshots at Walt’s RV.

“Later on, a boa constrictor tries to muscle in on their territory and the scene is set for an epic confrontation until they all get poisoned by chemical run-off from the meth-cooking operation and die.

“Then there are two episodes about the lifecycle of the soaptree Yucca.”

The show will run exactly parallel to Breaking Bad, and conclude with Walt’s corpse being dragged into the underbrush and eaten by a pack of Mexican wolves.