RACISM is no longer a problem in the UK, thanks to a government report. So what other contemporary issues could be eradicated with some dubious research?

Not owning your own home

Yes, you would like to own your own home, but a new government report Owning Your Own Home is Shit conclusively proves that not owning a house is better. You’re a free-wheeling rebel who isn’t tied down to a property, apart from your massive monthly rent or being forced to live with your parents when you’re 31.

Like racism, the problem of breaking your leg is exaggerated. Many people who claim to have broken their leg are probably just imagining it. We need to stop obsessing about broken legs and focus on limbs that aren’t broken, such as arms.

Belittling and harassing women sounds bad, but look at the positive side. Sexism has provided generations of men with entertainment and better employment prospects. And would you want to live in a world without 1970s comedy like On The Buses? Of course not.

Too many people fly into a panic when a wasp starts buzzing around their can of cider at a picnic. But ask yourself: how many people DON’T get stung by wasps, especially in winter? Clearly the problem is hugely exaggerated.

Your partner having an affair

Walking in on your partner in bed with someone else suggests they are cheating on you, but is it all in your mind? They may just be getting a second opinion on whether you need a new mattress, and if they appear to be actually making love, they could be rehearsing for a particularly raunchy amateur dramatics production.

Traditionally, mankind has feared death and dying and tried to avoid them. This is a very shortsighted way to look at things. Death provides thousands of undertakers with an income, not to mention related industries such as contract killing.

A pint of whelks, and other reasons Britain is shit at street food 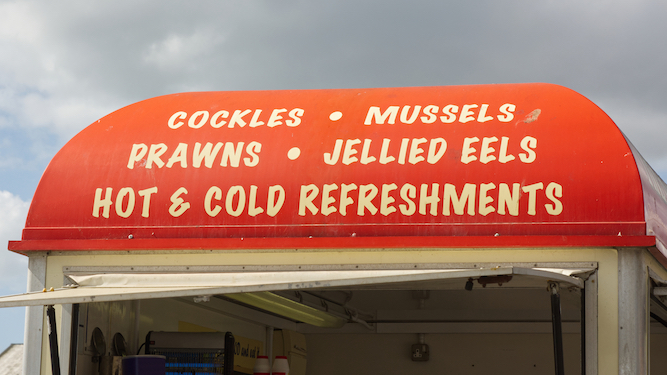 BRITAIN now enjoys the incredible street food of a host of nations, which is fantastic because ours is shit. These are the vile things we eat with our fingers:

The Victorians did many great things for Britain, though perhaps on reflection not so for other countries. But deciding that consuming several dozen chewy sea molluscs constituted a tasty meal was a crime against humanity, and the same goes for cockles and any other rubbery sea-dwelling invertebrates.

A picnic staple, which says a lot about picnics. Most right-thinking people have long realised that a lump of suspicious ham wrapped in slimy jelly and encased in a tomb of pastry is deeply wrong. All they’ve got going for them as street food is that they can be shoved in a handbag or pocket without fear of disintegration.

Despite coming wrapped in paper, fish and chips don’t work as street food because there’s too much of them. Rather than being a light snack to eat on your way somewhere, this is a massive meal that requires the commandeering of a bench and its hosing down to clear the vinegar and grease afterwards.

Purchased from a van and designed to be eaten on the move, the ’99’ is the pinnacle of British street food innovation. However, when compared to the myriad flavours of Italian gelato, a Mr Whippy dripping with sauce reminiscent of fake blood just isn’t that impressive.

Fancy consuming the disturbingly soft flesh of a long, sinuous sea-snake suspended in spicy jelly? Sounds foul and tastes foul, whatever some trendy Hoxton hipster will try to tell you as he sells you a plate for an eye-watering £14.50 at a farmers’ market when you’re hungover.