Tax pledge part of Cameron's plan to get sent to prison

DAVID Cameron is to make tax rises illegal so he can get sent to prison and make contacts in the underworld.

The prime minister has planned an elaborate bullion heist that requires him to meet up with a few faces on the inside, and came up with the pledge to get himself sent down.

A source said: “He’s had this blag on the boil since the Bullingdon days, but it had one fatal flaw – because he’s posh, he could leave his fingerprints all over a murder weapon and the beak’d still give him a suspended sentence.

“This way he brings in the law, doubles income tax, gets slammed in chokey and puts his crew together while providing himself with a rock-solid alibi.

“Once everything’s in place – the home secretary’s day-release programme, the Boris bikes to escape down the Crossrail tunnel, the non-dom donor’s private jet – Britain’s £150 billion lighter.”

Crime bosses believe the plan has only two weak links: ‘that mouthy tart”‘ Samantha Cameron and a man known only as the Professor, who promised to arrange the Conservatives’ re-election.

The source added: “Nobody’s ever seen the Professor, only heard his weird voice, but he swears he can make sure the Tories come out on top in return for 20 per cent.

“Apparently he knifed his own brother in the back to get in on this, so we know he’s a ruthless bastard.”

‘Shit’ only accurate word for trains 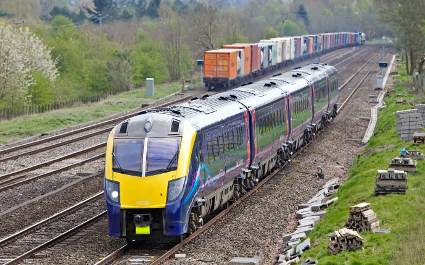 BRITAIN’S train services are impossible to describe without an excrement comparison, it has emerged.

As Tfl boss Sir Peter Hendy apologised for his honest description of commuter trains as shit, he struggled to find an alternative word.

He said: “I am sorry I said the trains were shit. They’re actually…they’re like…

“In terms of their characteristics, the trains are unreliable, expensive, dirty and overcrowded. The sandwiches are really expensive and taste of the crypt. So in summary you might say they’re…you know…

Commuter Wayne Hayes said: “The trains are shit. They are the very essence of shitness, the shit thing by which all other shit things are measured.

“If I wanted to be original about it I might say they were wank. But wank does not quite nail it.”