Tests that are more reliable than the coronavirus one: a UK government guide

BY the time testing is reliably rolled out, either the crisis, or the world, might have ended. Here are some tests that are more dependable than the UK government’s current offering.

The time in 1997 when you thought you’d been knocked up by Gary Fletcher behind the bins by Argos was almost as terrifying as COVID-19, but at least you could get closure by spending £6.99 at Boots. Try spitting on a Clearblue to see if you’ve got coronavirus. The results will be about as reassuring as the government test.

Parents will accept any old answer as they can’t be arsed to get their heads around fractions, and they’re on their third glass of wine. But at least they’ll give you a fish finger sandwich for your efforts, which is more than you get in a government drive-through.

Despite being a theoretically less-developed species than humans, dogs are reliably good at these tests. There’s always one dog that disgraces itself by shitting publicly at a podium, but that’s basically what happens to a government minister at the press conference every afternoon.

Tarot cards and the government’s current coronavirus tests are about as reliable as each other in predicting your future. The upside of tarot cards is that they have pretty pictures on them, and they don’t involve having a swab jammed up your nose.

See if you’ve got coronavirus by consulting this totally non-scientific cracker gift. You won’t be able to get one until Christmas and it’ll probably give you the answer ‘Violet means passionate and excited’. But that’s quicker and clearer than anything on offer from the government at the moment.

'I'm saving so much money!' says twat who can't read the room 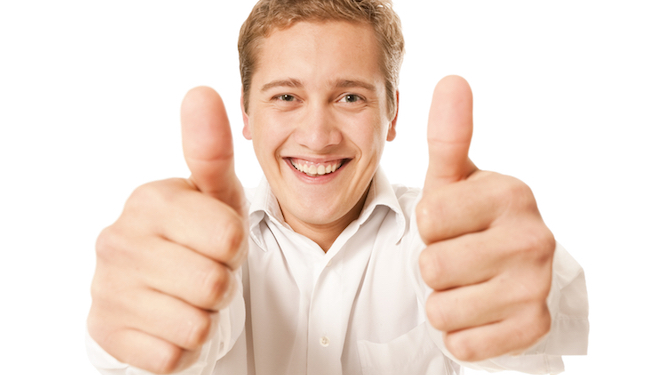 A TONE-DEAF twat is excitedly sharing how much money he is saving during the lockdown.

Tom Booker is telling anyone who will listen that he looks set to save thousands of pounds over the next few months because he is unable to go out and piss it up the wall.

Booker, a management consultant, said: “The news is telling us that the pandemic is all doom and gloom, but my bank balance begs to differ.

“I know some people have got it into their heads that they’re feeling the pinch, but just think of how much money you’re saving now you’re not commuting or splashing out on a slap-up meal every night.

“If you’re on a grossly inflated salary like me, soon you’ll have so much money you won’t know how to spend it. Personally, I’m going to withdraw a stack of fifties and roll around with them in bed naked.

“In fact I’ll probably put so much aside I’ll be able to ride out the impending financial crash without even noticing.”

Shop worker Nikki Hollis said: “Why is it always the bellends who survive?”