The Chronicles of Jacob Rees-Mogg

Being an Account of how a Gentleman may spend his Days, for the Edification of the Troglodytic Classes

I take a hansom cab to Westminster. On arrival, I tap the driver on the shoulder with my cane and tip him handsomely with half a shilling pence piece. The fellow utters Cockney imprecations. I retort that he is an “impudent farthing grubber” but he does not recognize the Dryden quote.

I employ an urchin to lick filth from the heels of my shoes – scrapers do corrode the sole, don’t you feel? – but he is taken unwell. Brought on by poor diet and ill attention to scripture, no doubt. When will the lower orders take responsibility for their health? We cannot nanny them forever. My nanny agrees.

I plan to assemble a team of amateur cracksmen from my cricket club and stage a robbery of gold ingots from the Treasury. It will be quite the caper. I do it not out of greed, you understand, for I do not need the money, but purely for the sport; this sets me apart, morally, from the common thief and his base desperation for food.

Word of my plan to rob the treasury is out; it turns out a moralistic constable saw the announcement I had placed in the Times. A stormy inquest into the endeavour is set to take place in parliament today. I have a word with the Duke who agrees to muzzle the overenthusiastic Peelers until the fuss blows over.

Brexit must be delivered; it sticks in my craw that we are but the serfs of pinstriped Belgians. We are lower than Tintin’s dog. Better for the English people to die in ditches, no longer cosseted by the NHS perishing to a range of bracing mediaeval diseases – the pox, the croup, various agues – than we endure this stultifying langour a moment longer. 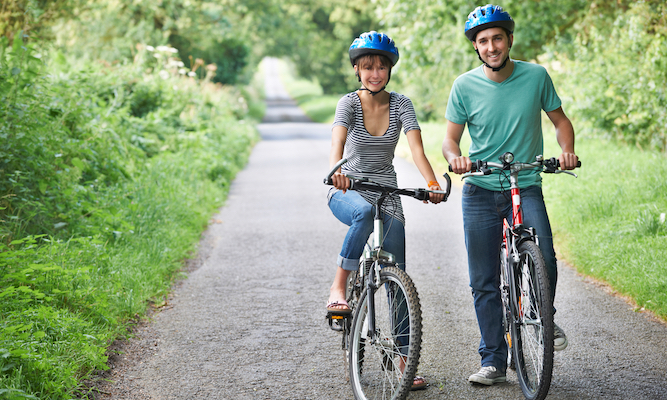 A COUPLE who thought a cycling holiday would be a wonderful adventure changed their minds after two miles of cycling.

Eleanor Shaw and Tom Booker’s planned week-long tour of Devon and Cornwall amended their plans after a mile of country road and a further mile of busy dual carriageway, during which they were nearly hit by three cars and an articulated lorry.

Shaw said: “We hired bikes on our last holiday to Center Parcs so we thought it would be a sort of Enid Blyton-style romp, but didn’t take into account that cycling on actual roads is a horrible nightmare.

“Tom nearly got his front wheel taken off at the junction by the cottage, and watching him trying to navigate a roundabout was both hilarious and terrifying.

“And my life flashed before my eyes while a 44-tonne Tesco lorry passed us, horn blaring, sending me into a hedge, so we decided it wasn’t worth dying just to fulfil our bullshit dream of decreasing our carbon footprint.

“We’ve taken the bikes back and booked a week in an all-inclusive in Fuerteventura. We don’t plan to travel further than 200ft from the room.”