The Scots are the worst bastards, Cameron tells xenophobes

In a St George’s Day message, the Tory leader said it was time for the country to put aside its ‘long and much-loved history of loathing the French and Germans’.

He added: “Recently we have seen marvellous new grudges spring up against the Romanians and Bulgarians, developing a whole range of racist stereotypes that barely existed three years ago.

“But don’t forget the Scots. These people – illegal immigrants in our country, give or take a few hundred years – want to steal our money and destroy our way of life.

“Let them be your scapegoat for the ills of the modern age, the demonic ‘other’ scampering around your brain as you pour your wisdom onto the internet.” 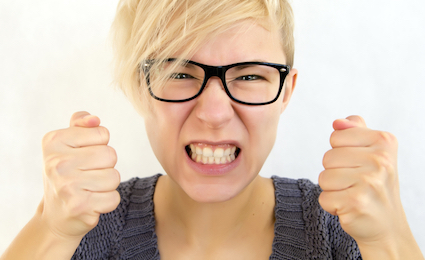 EVERYONE on television and radio is just some fucker trying to get you all worked up.

Researchers found the major broadcasters are no longer interested in talking to anyone who is not a deliberately provocative idiot.

Professor Henry Brubaker, of the Institute for Studies, said: “For example, David Starkey knows a lot about Henry VIII’s bowel movements, beyond that he’s basically a cretin.

“The BBC puts him on the radio every bloody day because they think that getting you annoyed for no reason is the same as doing journalism.”

He added: “I’d recommend the soothing sounds of Radio Three but Starkey’s probably there, between the symphonies, saying something ‘controversial’ about Pakistanis.”

Jane Thompson, from Peterborough, said: “I can’t escape it. I listen to the TV or radio and get really angry and before I know it I’m on Twitter denouncing some professional arsehole, like it actually matters.

“Jesus wept, what the fuck am I doing with my life?”