'This is discrimination against twats', says Toby Young

TOBY Young has condemned a campaign against him as being a form of prejudice against twats.

The columnist has resigned his post at a university regulator after widespread criticism, which he blames entirely on the undeniable fact that he is one of Britain’s leading twats.

He said: “We hear so much about tolerance from the Left. But where is that tolerance now?

“We’ve seen the first rumblings of this coming from – where else? – the BBC, who fired Jeremy Clarkson for nothing more than repeated, severe episodes of twattishness.

“And now I find myself hounded out of a job by nothing more than the copious evidence of my past twatty words and deeds, as if being a twat were in itself a crime.

“That board has been left without a twat, indeed without knob-ends, arseholes or wankers of any kind, and that is not representation. It is a form of racism.

“We are living in a system of twat apartheid and I am Nelson Mandala. And if you think that’s a twatty thing to say, you’re part of the problem.” 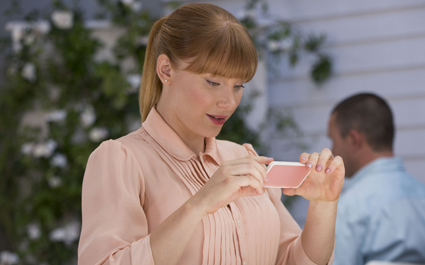 A MAN obsessed with Black Mirror thinks even the most mundane technology has an evil hidden agenda.

31-year-old Wayne Hayes, who watches the Netflix sci-fi series with religious fervour, describes anything powered by electricity as ‘like something off Black Mirror’.

Hayes said: “My girlfriend got me one of those toasted sandwich makers for Christmas. I’m sure it’s got a secret camera that records my every move for the government, while using my sandwich preferences to build a detailed psychological profile that will ultimately be used to enslave me on a moon colony where love is forbidden.

Hayes went on to describe how the programme shows dystopian visions of hi-tech near-futures, where people wear polo necks and have arguments in big glass houses.

He added: “It really makes you think. Is technology our friend or foe? My phone charger made a weird noise the other day, so it’s definitely in love with my girlfriend and planning to kill me.

“Then it’ll get her pregnant with a half-charger baby and they’ll go and live in a weird hive that looks like a massive iPhone.

“Also I believe the kettle has secret racist views.”