Tim Farron: I do not hate 'the gays'

LIBERAL Democrat leader Tim Farron has stated that ‘the gays’, whether ‘boy gays’ or the rarer ‘girl gays’, are just fine with him.

Farron, who is religious, admitted that he did not expect the key electoral issue for his party to be if he had ever seen ‘gay-dancing’ and how it made him feel but that he would continue answering questions about it if it kept him on TV.

He continued: “I have met with, spoken to and even physically touched confirmed ‘gays’ of both the ‘out gay’ and ‘str8 masc’ strains, and cameras detected no physical reaction whatsoever.

“In addition I probably support ‘gay rights’ and the ‘gay rainbow’ which I believe should have an equal place in our skies alongside the traditional heterosexual sun and moon.

“If a member of ‘the gays’ should knock on my door and ask for a glass of water, I would be very glad to give him, her or they one. Hey! Who wants to talk about Brexit?”

A BBC Newsnight editor said: “This has been such fun I don’t think I’m ready for it to end. Let’s ask him about furries.” 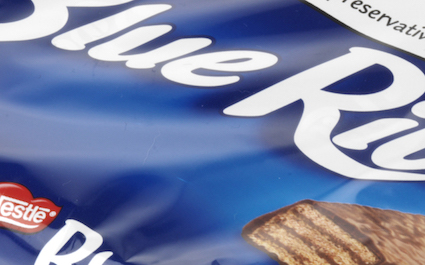 After it was announced that the biscuits would be made in Poland due to rising costs, Brexit supporters agreed that anyone purchasing them should face the death penalty for treason.

Sales manager Nikki Hollis said: “I only like good, patriotic British biscuits. You don’t see custard creams running away at the first sign of trouble.

“In years to come, ‘wearing a Blue Riband’ will mean the same as traitor. Today it’s just eating a slightly bland chocolate wafer, tomorrow they’ll be blowing up railway bridges.

“Strange, because I always thought Trios would be the quislings. Because they’re red, and red things hate freedom.”

Builder Roy Hobbs said: “When I heard the news I immediately ran to the biscuit cupboard and started stamping on the Blue Ribands in a fit of patriotism.

“Then I realised that was inappropriate, and instead tied them to sticks in the back garden and executed them with my air rifle in an impromptu ‘biscuit firing squad’.”