BRITAIN is to take the idea of the cashless economy a step further by becoming a moneyless economy, George Osborne has announced.

The chancellor said his policies meant that using credit and debit cards instead of cash had been superseded by the even simpler process of having no money at all and scavenging to survive.

Osborne said: In the cashless economy you still had to pay your credit card bill or remember your PIN, but now all youll need is a weapon to fight off people trying to steal your bag of roadkill.

The tedious ritual of doing a big weekly shop will be a thing of the past, because instead youll be trying to catch squirrels in the park, or making a winter coat with your mum’s cocker spaniels.

Moneyless payment methods such as performing sexual favours also mean you wont have to worry about credit card expiry dates or the embarrassment of having your card refused.

The Federation of British Retailers said more shoppers were choosing not to pay with cash or cards, instead opting to brandish a screwdriver as they stuffed their pockets with food before running off.

Middle-class mum Donna Sheridan said: Fortunately my ridiculous BMW 4×4 is the size of a Panzer tank, so Ive been able to do plenty of ram-raiding in time for Christmas.

Interns planning to be monstrous once they have power 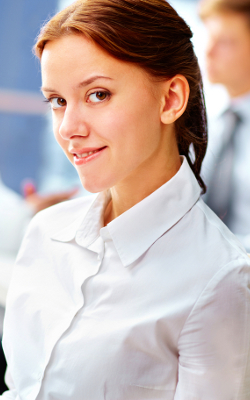 UNPAID workers spend most of their time imagining how vile they will be to other interns once they get promoted, it has emerged.

“The ones who patronised me hardest will die first”

The university graduates are making their menial tasks bearable with detailed role-reversal fantasies about sending someone to four different places for one lunch order.

Intern Carolyn Ryan, on her way from Subway to Pret, muttered: Ill be all like Your role on this project is to keep the client happy, and if that means a 25-minute walk to Barburrito so be it.

’We didnt give you the right money? Put an expenses form through, itll be with you by the end of next month.

’Oh, Ill need you to hang around after the presentation. Wait for my call, though if were taking them to dinner that might not be until 10pm.'”

Julian Cook, working unpaid for a TV production company, said: I am going to ride those interns so fucking hard.

The first project I give them I wont even look at. The second Ill review in half an hour even though its a months work.

And the third Ill rip off the best bits and claim they were mine while theyre sitting right there, then tell them theyve learnt the most important lesson of all before firing them on the spot.