UKIP voters have insisted they did not sign up for a party that was going to include politicians who could almost pass for normal.

Tory MP Douglas Carswell’s defection to UKIP has left the party’s supporters wondering what the point was anyway.

UKIP voter, Wayne Hayes, said: “When I said I was sick of the Tories and wanted a red-blooded English alternative to establishment politics, I really meant it.

“I’m not just some run-of-the-mill Tory dressed up for a night at the Proms. I’m confused, angry and full of horrible visions.”

UKIP supporter, Roy Hobbs, said: “The UKIP candidates in the local elections were xenophobic, delusional, and given to wonderfully racist quips which most of us didn’t even understand were wrong.

“And now I’m supposed to believe a bunch of Tories can meet that standard of wild-eyed unprofessionalism? 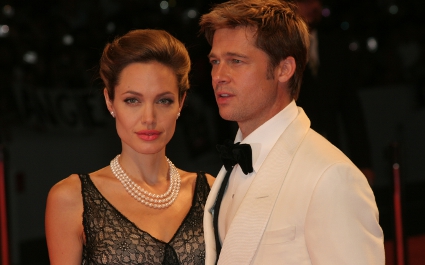 ANGELINA Jolie and Brad Pitt have confirmed their entry into the sexless world of marriage.

The couple confirmed that their six children, punishing work schedules and increasing resemblance to their own parents mean that boning is off and marriage is on.

Pitt said: “We’re both super hot so all the shagging has been great.

“Frankly though I’m drained to the core and it was time to do the time-honoured ritual that restricts intercourse to holidays and the odd Friday night if we’re both still awake after Graham Norton.

“Our relationship is now as unexciting as those of our fans. Admittedly it’s unexciting in a labyrinthine chateau in Provence, but the principle is the same.”

In a further gesture of solidarity with the masses, the actors have adopted the vaguely aspirational surname Pitt-Jolie, even though it sounds stupid.