Unite around my nutter's version of Brexit, May tells Britain

THE prime minister has told the UK to come together and unite behind a vision of Brexit which only a minority of nutters want.

Theresa May has told Britain that it must heal divisions, stop arguing, and back a Brexit plan supported by only the most rabid of her headbanger MPs.

She added: “I don’t think it’s a good idea. I supported Remain, remember?

“But I’ve set out all these red lines on immigration and, ill-judged and impractical as they are, it’s time for Britain to agree with them completely.

“Sometimes you just have to put aside your doubts and allow the country to be run by a handful of bankbenchers and their media allies. That’s called being an adult.

“It’s your fault I’m in this position because you didn’t vote for me last year. The least you could do is give me your unequivocal backing on this insanity, to make up for it.”

So far the UK has failed to respond to May because it puts the TV on mute whenever she opens her mouth. 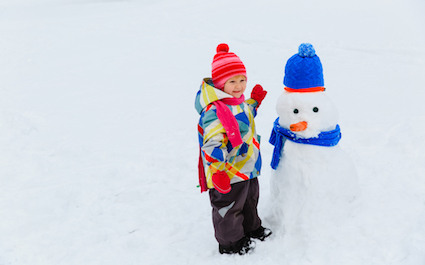 A SIX-YEAR-OLD girl’s joy at playing in the snow was overshadowed by her fears of the impact the weather was having on the UK economy.

While appreciating the rare pleasures of making a snowman and sledging, Nikki Hollis was nevertheless deeply concerned about the man-hours lost to British industry thanks to the inclement weather.

She said: “With the Maplin and Toys-R-Us closures a snow day is the last thing our retailers need, and there’s no angel falling from the skies to save them.

“Likewise putting the carrot nose on a snowman is fun, but the carrot we really need is the carrot of incentivised investment, especially with Brexit talks at a critical stage.

“And I can’t relish sliding downhill with the wind in my hair while Great Britain risks sliding down the hill of economic ruin, with the only wind an ill wind of chronic deficit.

She added: “I called my snowman Raymond and he’s my best friend. But the sooner he melts, the sooner this country gets back to work and that’s so much the better for all of us.”