Weedy boys to team up against school bully

MICHAEL Gove and Rory Stewart are to stop being victims and show that big blonde bully what for, they have confirmed.

The pair, who hatched the plan by torchlight in a midnight meeting outside the Commons sanitorium last night, believe that the arrogant, entitled head boy deserves a taste of his own medicine.

Stewart said: “He borrowed all my notes about Afghanistan for a meeting and they came back with dicks drawn all over them in red pen. And he calls me ‘Stewpot’.

“Michael’s never forgiven him for some prank on the EU he got roped into the other year which went badly wrong and he ended up taking all the blame. It’s time for revenge.”

The weedy boys, who have nicknamed themselves ‘Team Cobra’, have created a fake Brexit plan which the bully will steal and present as his own before it is exposed as nonsense in front of the whole school.

Gove giggled: “He’ll look like such an idiot up there on the stage with everyone laughing at him, his big stupid face red with shame. He’ll get expelled and everyone will cheer us and carry us around on their shoulders.”

He added: “Unless he just gets away with it like he always does.”

Woman who tells everyone to 'grow up' sounds like a teenager 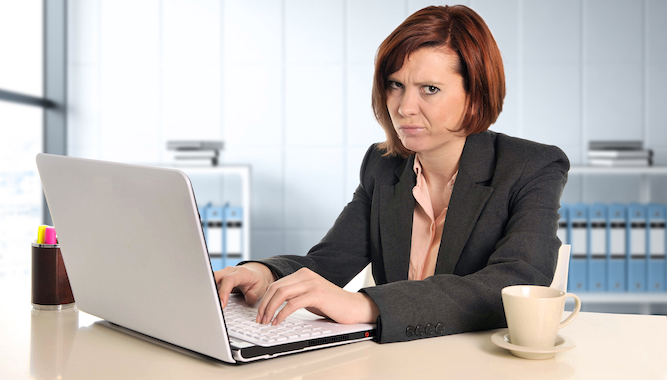 A WOMAN too immature to ever win arguments simply tells everyone they need to ‘grow up’, friends have confirmed.

Nikki Hollis uses the phrase when she feels out of her depth in a discussion in the belief it gives her the upper hand, even though it makes her seem like she is arguing over a Sherbert Dib Dab.

Colleague Francesca Johnson said: “There’s something uniquely irritating about being told to grow up by a woman who went to see the Spice Girls last week.

“Nikki loves confrontation but can’t cope with a complex argument. For example recently she said the UK should grow all its own food. When told we don’t have the climate, she told us all to ‘get real’ then flounced out of the kitchen.

“In the last month I’ve been told to grow up for complaining about stolen yoghurts, for not believing in angels, and for joining a union. Each time followed by a long, inarticulate sulk.”