Where do you rate on the Keir Starmer patriotism scale?

I’M Labour leader Sir Keir Starmer and I’m now a proud patriot. But how patriotic are you? Check whether you like the following things and find out if your patriotism is lacking.

Liking these things is not patriotic at all and verges on treason. If you’re only as patriotic as this, you probably don’t even remember crying when Gazza got kicked out of the Euros. I did. I bawled like a baby.

If you like these things it’s an improvement, because they’re at least striving towards Britishness. Try to identify where you’re not being patriotic enough – for me, it was that I didn’t completely back Brexit – and sing Rule Britannia five times a day to boost your patriotism levels.

THREE STARS: Blur, a fortnight in a static caravan near Filey in torrential rain, Beckham’s red card for kicking that Argie, the Falklands War

Now we’re getting somewhere. If you’ve reached this level there’s no need to be ashamed about your patriotism, and you’re certainly xenophobic enough to shoot foreigners for your country should the opportunity arise, but there’s always room to do better. Perhaps put a flagpole in your garden.

FOUR STARS: Chicken tikka masala, a Tesco bag blowing around a concrete shopping arcade, Oasis in the 90s, Spitfires, 1966, the Last Night of the Proms and The Archers

Absolute top-tier patriotism. This is where I am. I can’t even achieve an erection unless there’s a Roger Moore Bond film on and I’m wearing a Union Jack waistcoat, and I’m proud of that. Sometimes I spend an evening watching a box-set of every one of Her Majesty’s Christmas Messages from 1957. And I remain standing, tears coursing down my cheeks, throughout.

Cat blanks owner in the street 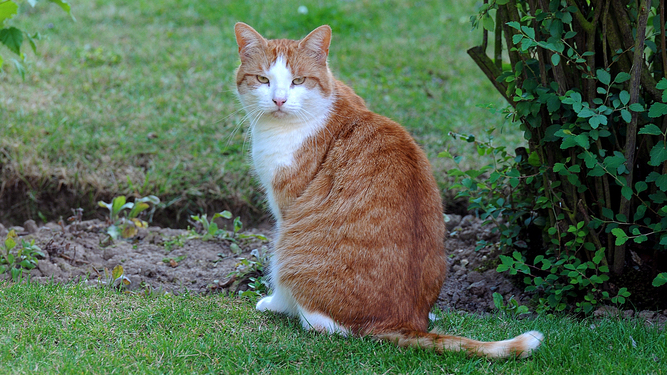 A WOMAN is heartbroken after the cat she has fed and housed for over five years completely ignored her in the street.

Accountant Lauren Hewitt was reduced to tears by the cruel snub from tabby Mr Fluffles, who she has always provided with a clean litter tray, a wide range of cat toys and the nice food in pouches.

Between sobs, Hewitt said: “I was coming back from the shop when I saw my adorable little fur baby walking by. I called out to him, but he didn’t even look at me. How could he be so mean?”

Mr Fluffles said: “Look, if someone was yelling ‘Mr Fluffles’ at you in the street, would you stop for them? I know that’s what she calls me, but my actual name is Ian.

“Don’t get me wrong, she’s a sweet lady. But I can’t allow myself to be seen associating with that nobody. I’m one of the foremost tom-cats around here. I’ve a reputation to maintain.

“I’m out making sweet, noisy cat love each night to some of the finest cat ladies Northampton has to offer. But I could wave goodbye to that if I’m spotted cosying up to someone calling me Mr. Fluffles.”

Hewitt later said: “His behaviour is really out of control lately. I’m looking into having him neutered.”