WOULD you be mortified if people knew which cheesy 1980s songs you listen to on your own? Here are the shameful musical secrets on your YouTube playlist.

A formidable amount of bollocks crammed into one short song. Queen’s cheesy pomp rock is bad, but so is the crap film it was written for. You probably even ‘sing’ along to the dialogue too. All together now: ‘Dispatch war rocket Ajax to bring back his body!’

‘We Built This City’ – Starship

Incredibly 80s hit with synth stabs that are now as dated as getting your dinner with a spear. Worse, the lyrics are vague guff idolising rock-and-roll, which this isn’t – it’s bland 80s soft rock. No one must ever hear you singing along to lines like ‘Too many runaways eating up the night’.

Nicely crafted, upbeat song, marred by the fact that it is terminally f**king annoying. If you still like this you probably collect twee ornaments of owls or frogs and have something wrong with your brain.

No one can accuse McCartney of not writing a good tune, it’s just everything else about his music that’s shit. Do not admit to anyone that after a few too many drinks you get teary at lines like: ‘Help them to learn/Songs of joy instead of burn, baby, burn.’ Also beware of clicking on the Frog Chorus in case you start to like that too.

‘Run to the Hills’ – Iron Maiden

Even if you’re not a fan of Iron Maiden’s frantic-yet-dull Brit-metal, this has a catchy chorus. Interestingly, it’s about the oppression of Native Americans. A political awakening for The Maiden? Maybe, or perhaps Bruce Dickinson just liked war stuff. They did a song about a Spitfire.

The daddy of 80s songs you shouldn’t admit to liking. Implies you have nerdy fantasies about being a fighter pilot and are sexually aroused by lyrics like ‘Metal under tension, begging you to touch and go’.

How to govern the UK using plots from movies, by Matt Hancock 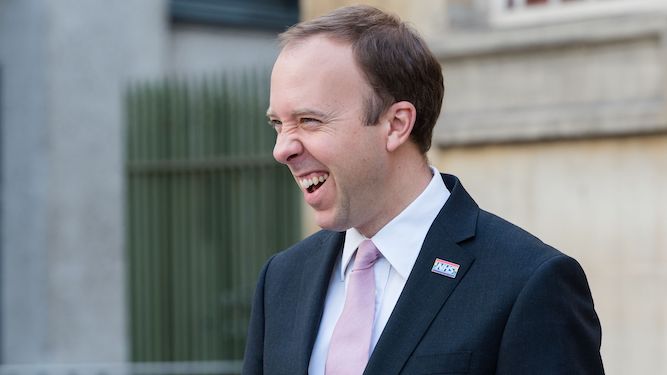 THIS week I explained that I based the nation’s Covid response on the movie Contagion. Which is fine and not worrying at all. Here are some other movies I’d like to turn into policy.

Imagine how productive Britain would be if all buses ran at a constant speed of 60mph. Yes, there would be non-stop fatal crashes, but you wouldn’t find those pesky London bus drivers whinging about safety or pay rises if they’re sitting on top of a bomb.

The Wolf of Wall Street

Rishi Sunak could learn a thing or two from this. Leonardo DiCaprio brings in plenty of revenue thanks to his shrewd investments, with no ‘quantitative easing’ or ‘Eating Out to Help Out’ needed. And there are no bad consequences for anyone. I think. I nodded off. It’s very long.

Christopher Nolan’s epic is often incomprehensible, has endless twists and U-turns, goes on for ages and after a while everyone just wishes it’ll be over. This is exactly how we’re running the government.

Kes really helped me understand the concerns and aspirations of Northerners. They basically just want a free kestrel, so we should pop some in jiffy bags and get them in the post. It’s a bit depressing though, so I turned it off halfway through and watched the excellent Northern documentary The Full Monty instead.

Very much my ‘plan B’ movie for the Covid response. If everything goes south and the death toll spirals out of control, I’ll simply drive around the motorways of the South East with a shotgun looting tinned food. This is an excellent plan. Must remember to buy a shotgun.

Any film with a sad ending

When I need to shed a few crocodile tears on cue, like on Good Morning Britain, I think of a film with a sad ending. Like when the poor IRS can’t repossess grandma’s house at the end of Happy Gilmore, or when Richard Gere gets distracted from asset stripping companies in Pretty Woman and shacks up with prostitute Julia Roberts instead of a nice lady.