Why Boris is right to cut 10,000 troops but Keir Starmer wouldn't be

AS A poppy-wearing patriot, you’d think I’d be furious about Boris cutting 10,000 soldiers. But it’s fine, though if Keir Starmer did the same it’d be treason. Here’s why:

This is nothing to do with me voting Boris because I believe he’ll get rid of immigrants. No, I reckon that an Eton pupil and Telegraph journalist like Boris fully understands what it’s like on the frontlines with bullets whizzing over your head. He’s tough and battle-hardened, like my other political idol, septugenarian realtor Donald Trump.

Starmer’s shown no interest in using a Bren gun

I’ve never seen Sir Keir posing with a WW2 Bren light machine gun. Boris definitely would even if he hasn’t yet, and I imagine he’d storm up the Normandy beaches like when he knocked over that small child in a supposedly fun game of rugby.

I don’t just change my opinions to suit my existing prejudices, but a lot of soldiers are young, and the young are weak-minded fools obsessed with their mental health. They’re hardly going to be parachuting behind enemy lines to decapitate the Dutch government, are they? Which we should be within the year.

He’d sack our brave fighting men, send the rest on an exercise in Wales and invite the mighty armies of the EU to invade our shores. Within no time they’d reverse Brexit and make us spend the Euro. That’s not a world I want to live in.

As a great military mind like Rommel, Boris understands that 10,000 soldiers is nothing to our army, which I imagine is at least four million highly-trained men. He agrees with me that we should focus on cyber-warfare because we’ve both read the latest Tom Clancy, Code Red: Algorithm Attack.

With his poncey slicked-back hair and prissy manner, Starmer comes across as a bit gay to me. He’s not a military type, and wouldn’t fit in in the army where the only deviant behaviour is honest good fun like sticking the ball socket of a mortar up someone’s arse.

Are you the winner of a year of lockdown? 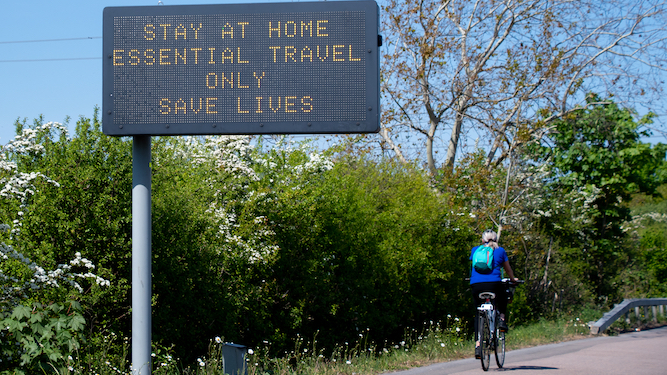 ONE year of this bullshit on, how many cliched lockdown activities can you tick off our list?