Why 'let the bodies pile high in their thousands' was taken out of context: a Telegraph writer explains

FOOLISH enough to believe that the prime minister’s bodies quote shows him in a bad light? Daily Telegraph writer Denys Finch Hatton explains how it’s all about context:

Just because I’m a lifelong Conservative doesn’t mean I’ll always give Johnson a free pass, but on this occasion his hilarious quip about sacrificing thousands has clearly been misinterpreted to make him look bad.

I’m sure if we could hear Johnson’s words in context he was probably talking about lots of happy, healthy bodies piled high in a beer-fuelled human pyramid of jolly hijinks. Any other interpretation would be grossly manipulative.

We’ve seen the opposition do this time and again in an attempt to tarnish Johnson’s immaculate image. Like the time he said ‘f**k business’ as a joke. Has that statement been borne out by his later actions? Exactly.

So I’m not in the least surprised to see this kind of grossly slanted reporting appear in the Daily Mail, a left-wing rag always looking to do the prime minister and government down.

Sadly, unless evidence of the conversation surfaces, our only course of action is to assume anything that pictures the PM in the best possible light.

Defence minister Ben Wallace is absolutely right to call this a ‘comedy chapter’. I for one am splitting my sides.

How lucky we are to have such a sublime joker of a leader keeping our spirits up through the pandemic. We’ll look back and laugh. 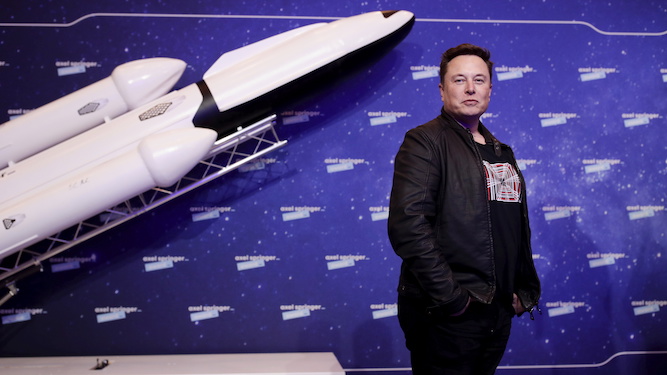 PURPORTEDLY straight, but utterly infatuated with famous blokes? Here are the six men that give straight guys a heterosexual boner:

Weed-smoking, meme-stealing billionaire Elon Musk may date beautiful female celebrities, but it’s his male fans who are the most fervent in their lust for him. Perhaps it’s his obscene level of wealth, perhaps it’s his arsehole route to success, but thousands of men seem to want nothing more than a ride on his SpaceX.

Suave, cultured and hunky to boot, Clooney is understood to be the man every man wants to be and every woman wants to be with. Except women think he’s kind of old now, while red-blooded West Ham fans dream of going boating with him on Lake Como to tell him how great he was in Ocean’s Eleven.

It’s not called ‘Mad Women’, is it? Men claim that they enjoyed the period drama for its writing or cinematography, but really they were enthralled by the daytime double bourbons, casual sexism and swooning over Don having his way with them in a swanky New York hotel room.

Straight men like cars, but the real reason the Fast & Furious franchise is so popular is they all want to bang Vin Diesel. Like the plot of every single film, his sex appeal is a a true underdog story, proving once and for all that bald men can be hot to the extent of winning over supposed heterosexuals.

Starring in half a dozen romantic comedies hasn’t prevented Ryan Gosling from earning his straight male admirers. His silent and gorgeous performances in Drive and Blade Runner 2049 have given blokey-blokes the world over motivation to sit through La La Land just to add it to the wank bank.

One of the only men that they’re willing to put up a picture of on their wall, straight guys salivate over Pacino and his wayward character roles. Though they rationalise their feelings by imagining it’s because they’d like to fire a gun and snort a molehill of coke, really they long for a sensual evening of debauchery in Tony Montana’s jacuzzi.