Will We Ever Have Bananas Again, Daddy?

THE prospect of a nice, ripe banana faded rapidly into the distance last night as Britain faced-up to a new age of banana-free austerity.

As shadow chancellor George Osborne outlined a series of savage public spending cuts that will involve some people waiting a year until they get more money, worried consumers across Britain began hoarding bananas and looking up the word austerity.

In a speech that could decide the outcome of the next general election, Mr Osborne signalled an end to the era of universal bananas while experts warned the slightly bent fruit will soon become an unattainable luxury along with caster sugar, Dairylea cheese triangles and the common British egg.

The shadow chancellor told the party conference in Manchester: "I want to make this absolutely clear – you're all in this together.

"Me? I'm err… Well, I'm fine actually. I've got a safe seat, a really super pension, two large houses and considerable personal wealth. You, on the other hand, are deeply, horribly, terrifyingly not fine."

Mr Osborne then held up a large banana, adding: "Take one last look. Imagine its smooth, buttery texture, remember its sweet, creamy taste and then hold on to it so very tightly and hope that one day you may meet again."

Economist Tom Logan said: "In the years to come urchins will press their grimy noses against the windows of fancy restaurants in Piccadilly as people whose salaries have not been frozen for a year share a single, delicious, forbidden banana.

"And if those people are millionaires, or have simply decided to forgo Christmas, then that wondrous banana may even be served with some caster sugar, a cheese triangle and a magnificent fried egg."

But Professor Henry Brubaker, of the Institute for Studies, said that while the 12-month public sector pay freeze may seem harsh, anyone who had given it more than a moment's thought could see that it obviously wasn't.

He added: "In the grand scheme of things a year really is not a very long time. Try watching an episode of Grey's Anatomy all the way through and you'll see what I mean."

We Will Never Judge You, Says Greggs 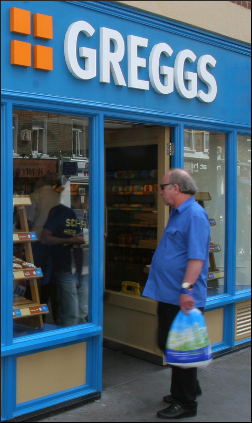 GREGGS the baker last night assured its customers it would never ever judge them.

As supermarkets across Britain attempted to intervene in every aspect of their customers’ lives, Greggs said that not only would staff refrain from judgemental comments, it would make it as easy as possible for consumers to indulge their basest desires.

A spokesman said: “It is not our place to determine right from wrong, or express ill-informed opinions about your lifestyle choices. It is our place to come up with ever more convenient and sophisticated fat delivery mechanisms.

“We are currently working on a large plastic syringe, with a wide hole at the end, that can be filled from a stainless steel vat behind the counter.

“We will liquidise some doughnuts and sausages until they take on the consistency of Mr Whippy ice cream.  You then simply fill up your syringe with this pinkish-brown goo and inject it directly into your face.”

He added: “And will we ‘tut-tut’ whenever you ask for a refill? On the contrary, we think you’re fabulous.”

Meanwhile supermarket giant Sainsbury’s said it would cut the number of judgemental comments made by staff on its cheese counters by a third.

A spokesman said: “Big, fat cheese fans can buy their weekly half ton without a barrage of grunting and oinking noises, while gay couples will no longer be subjected to readings from the book of Leviticus every time they ask for one of those Austrian smoked cheeses that comes in a long tube.”

He added: “We will, however, continue to brow beat pregnant women who want some unpasteurised Camembert because, let’s be honest, everyone’s allowed to judge pregnant women aren’t they?”