BRITAIN’S Remain voters have pointed out that Brexit could have happened ages ago if Brexiters had not been such twats about it.

Half the country explained that in 2016 the UK was pretty much resigned to Brexit, the Tories had a majority, and the whole thing could be done and dusted if not for kn*bheads pushing their luck.

Tom Booker of Maidenhead said: “You won, yeah? So when are you planning to get over it?

“Honestly, three years ago everyone was like ‘Well, that’s it, Brexit.’ Then May laid down all her impossible red lines, then she lost her election, and ever since it’s been like watching a thick bloke trying to argue his way out of a speeding fine.

“You could have had it! All you had to do was stay in a customs union and you could have stopped immigration, which was all you cared about anyway. But no.

“Nobody had heard of bloody no-deal before last summer but suddenly that was all you wanted and nothing else would do and look where it’s got you.

“Now we’re at the point where you’ve got an actual Brexit deal actually passed and the first thing you do is stop everything because you’re not allowed to ram it through in three days. Seriously?”

Brexiter Norman Steele said: “It’s not us. It’s everyone else.” 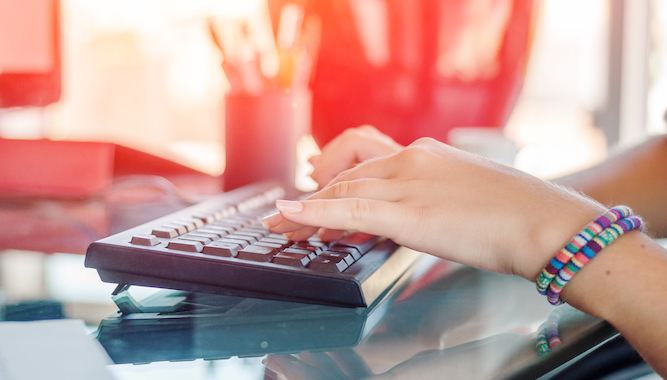 A WOMAN who is hammering her keyboard to within an inch of its life must be incredibly productive, colleagues have confirmed.

Client manager Nikki Hollis has been subjecting her keyboard to a punishing barrage of clicks, taps and emphatic space-bar blows, which she believes will convince everyone that she is hitting her performance goals.

She said: “The rest of the office is pin-drop quiet, with everyone beavering away in silence. This means you can’t really tell who’s working hard and who’s stalking their ex on Facebook.

“So to let everyone knows I’m a real toiler I bludgeon my keyboard with pugilistic intensity. Sometimes I like to liven things up by letting out a massive sigh or loudly cursing under my breath.

“Don’t tell anyone, but it makes zero impact on my under-par work. Mostly it’s personal emails.”

Hollis’ boss Tom Booker said: “Nikki’s gone through three keyboards in 12 months because she wears them out with her performance typing.

“It’s costing IT a small fortune. But she’s clearly working harder than everyone else so any bad results aren’t her fault and I’ll probably promote her.”