Your tour around the Festival of Brexit

ALRIGHT chief? Welcome to the Festival of Brexit. I’m Steve Malley, former UKIP candidate for Leatherhead, and if you’re a Remainer you can frankly f**k off now.

All gone? Good. Why should they enjoy the fruits of our success? Right, over here coming in we’ve got a giant portrait of the Royal Family surrounded by 100 animatronic bulldogs. You can bow or salute, it’s up to you.

Over there, that’s the longest queue in the whole of Europe. What do you mean what’s it for? It’s for queuing mate. Are you British or what?

This here’s The Foaming Yeoman, our pub. Covers 25 acres and there’s a holographic Nigel Farage every 12ft of bar. Smoking inside’s compulsory. The banter in there, I promise you, is brutal. But fair. I probably wouldn’t go in if you’re a foreign tourist, though.

The next area’s very popular with the kids, Battle Re-enactment. Different one every fortnight: Agincourt, the Somme, Waterloo, the Retaking of Port Stanley, and of course the Online Woke Wars of 2020-22. I’m a veteran. Still got the psychological scars.

And last there’s the famous Brexitcoaster, which looks as if it’s plunging down endlessly into darkness but actually there’s a voiceover from Boris explaining it’s going up and up to the stars. It’s amazing. Don’t understand how it works, but it does.

Exit is through the gift shop, purchase of at least one freestanding flagpole and Union Jack is compulsory, and don’t forget to tip your guide. Pre-decimal cash only, please.

What to do if asylum seekers invade your retirement bungalow 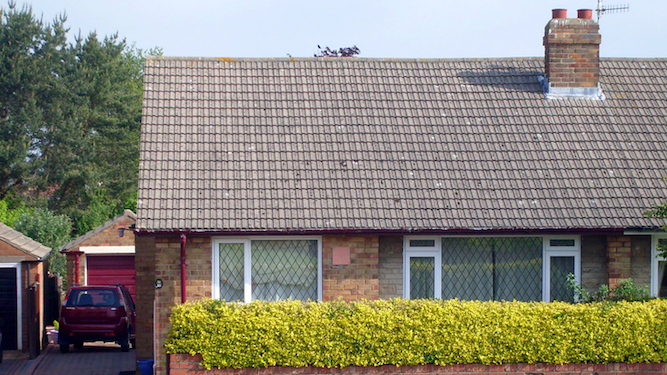 ARE you a fearful older voter obsessed with asylum seekers thanks to the tabloids? Here’s what to do if hordes of them arrive in your cul-de-sac.

Train your Yorkshire terrier as a guard dog

Retiree pets like Yorkies and West Highland Whites aren’t as intimidating as a 90-pound Doberman. But once the yappy little bastards start barking they won’t shut up, forcing marauding asylum seekers to flee before they get a migraine.

When the asylum seekers break in, you’ll have to assume the role of John McClane. Wear your comfiest slippers for maximum stealth. You won’t have a Heckler & Koch machine gun, but you can probably dispatch them with a blow from a Royal Doulton figurine.

The police are ridiculously politically correct these days, so when asylum seekers take over your home, coppers will accept their word over yours and believe YOU stole it from THEM. That’s what your brother-in-law Geoff says on Facebook, anyway.

Be ready for the terrifying mob that exists only in your imagination by setting up a local militia. You won’t have to actually fight anyone and it’s a fitting tribute to proper comedy, not like the rubbish you get nowadays. Also drilling with a broom handle for a gun will be a nice change from watering the tomatoes.

You’ve got a half-empty can of paint and some gardening tools you never use, so create a deadly spiked weapon that swings down your hallway if someone sets off a tripwire. Just don’t accidentally murder yourself while going for a wee in the night.

Like a battlefield general you need high-grade intelligence about the enemy’s movements, so study the Daily Express and Mail every day. Also peer out of your windows all the time. That asylum seeker might just be an Asian postman, but phone the Home Office anyway.