CONFUSED by the changes to the social care cap? Find out how it will f**k you over with our guide:

You know the deal. If you’re flush with cash a tiny sliver of your fortune will be skimmed off to pay for care and the government picks up the rest. If you’re struggling to make ends meet after a lifetime of hard work, the state’s having the lot. It’s the same logic Britain’s operated under for centuries, but a bit shitter.

The North’s getting f**ked again

Social care will be linked to the value of your house, which is fantastic news if you live in an affluent, by-coincidence-Tory-voting area. It’s a total rip-off if you live in a terraced house in Bradford, but after HS2 getting scrapped you’re expecting no less.

‘No-one will sell their home to pay for care’ was on the Conservative manifesto in 2019, so your home’s already gone. Because this government doesn’t mean anything it says and U-turns on everything whenever it wants. You voted for a shambolic clusterf**k and that’s what you’re getting.

Even Jeremy Hunt didn’t want to get involved

The former health secretary was so disgusted by the plans that he urged colleagues to vote for them while personally abstaining. Almost as if he’s playing the long game and plans revenge against Boris after getting stitched up in the last leadership contest. Will it ruin the country? What, more?

Everybody knackered so shut up about it 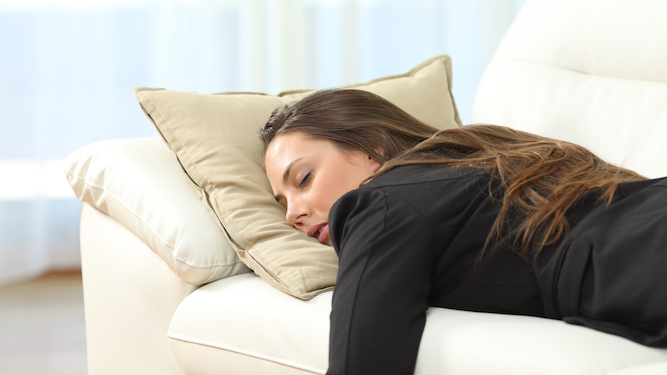 EVERYONE in Britain have been told to stop banging on about how knackered they are because so is everyone else.

Approximately 98 per cent of the population of the UK is currently telling anyone near them how bloody exhausted they are, and the other two per cent are babies screaming about it.

Steve Malley of Coventry said: “Once, the standard response to ‘how are you?’ was ‘Fine thanks’ then both parties would move on with their days.

“But now everyone’s started replying, ‘Absolutely f**ked mate, slept like a bastard last night’ which forces the first person to say ‘You’re knackered? I was wide awake at 4am’ and before you know it you’re locked into a death spiral of fatigue-bragging.

“We spend an estimated 105 minutes a day on it, time which could be better spent having a lovely long nap.

“The truth is, no one cares how shattered anyone is or how early it gets dark or what you binge-watched or why you’re stressed or when you wake up or any of that shit. Let’s all stop pissing about on Twitter until 1am and get an early night.”

Sleep expert Dr Helen Archer said: “I’ve got all the research for a definitive study about this  phenomenon of mass exhaustion but I’m far too tired to pull it together. Seriously, I can hardly keep my eyes open.”