JACOB Rees-Mogg is insisting that social distancing in the Commons is carried out with long-forgotten imperial measurements.

From now on, the Serjeant-at-arms will use a 19th century measuring system last used at the time of the Corn Laws, and any MP failing to comply will be removed by men in stockings.

Leader of the House Rees-Mogg said: “I considered the rod, perch or pole measurement from the 15th century but even my own children had no idea what I was talking about.

“In the case of lady MPs, distances will be measured from the outer hem of their skirts. Should any of them attempt to cheat the system by wearing trousers, they will be barred.”

Labour MP Tom Logan said: “It’s bad enough queuing for two hours but now I’ve got to stand here being measured by a guy who looks as if he’s out of Blackadder.”

Rees-Mogg added: “This is just the start. I also plan to bring back obsolete measurements such as the furlong and barleycorn, and of course our beloved pre-decimal currency.

“This will make shopping a nightmare for everyone except weirdos like me, but it’s patriotic.” 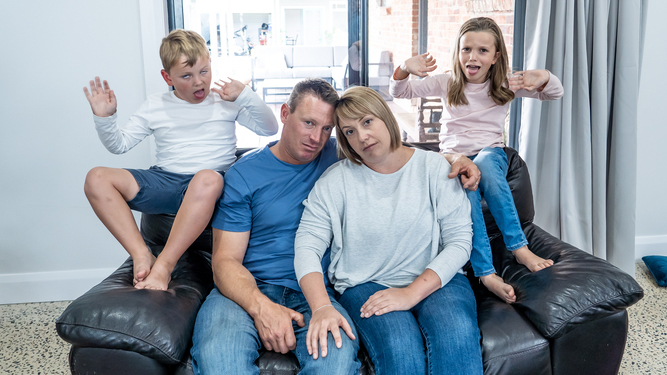 FOR many parents, your kids going back to school is a distant dream and you’ve used up all your ideas for child-friendly fun. Here are five projects if you’re utterly desperate.

Feed any animal you can find

You’ve fed the ducks in the park, so find more things to feed. Throw fistfuls of oven chips at seagulls, or see if a squirrel can carry a scotch egg. If you live in a city, there are diseased urban foxes and terrifying rats. Don’t worry if they make your children burst into tears, they’ll just cry themselves tired. Hey presto! Early bedtime.

Not all toys need to be brand new, some just need a makeover. For example, take an old doll and cut off all its hair. Now dress it in the oddest selection of clothes you can find from the other dolls. Finally draw an arrogant scowl on its face with biro. Voila! Your child is the first in the street to own a Dominic Cummings doll.

Introduce them to the real world of baking

Instead of getting them to make twee little cupcakes, introduce them to the exhausting world of the professional baker. Get them kneading and proving the dough for eight hours a day with their tiny hands until they can make perfect crusty loaves and mixed olive focaccia. They might even be the next Paul Hollywood, although no parent really wants that.

Your kids are going to get tattoos when they’re older, whether it’s your son getting a full sleeve despite being soft as shite or your daughter getting a drunken love heart at 3am just off the Malia strip. So get out the marker pens and encourage them to ‘tattoo’ themselves. Then mock them ruthlessly as a valuable lesson in what it is like to be covered in shit drawings.

Back in the day, every kid loved a big stick. You can poke stuff with it, throw it like a javelin, whack it against a tree and nearly have your eye out with it. Massive sticks need to come back – they’re nature’s PlayStation.