A REMAINER’S pleasing feelings of superiority over other voters have been marred by genuine terror over what is coming next.

Tom Booker, who believes his views have been vindicated by the likely damage to the economy, describes himself as feeling deeply concerned about the future but also super-clever.

IT worker Booker said: “It’s clear now how uninformed and misled the British people were, and also how brilliant and perceptive I was. God, I’m smart.

“I’m really worried about my children’s future, but on the upside I’ve been able to say ‘Clever Daddy said it was a terrible idea from the beginning but nobody listened. Perhaps we’ll all listen to Clever Daddy from now on?’.

“Losing my job would be a disaster, although it would free up a lot of time to constantly remind everyone I saw through Farage and Rees-Mogg right from the beginning.”

Booker added that Britain would not be in this mess if less intelligent people such as the children who used to bully him at school had not been allowed to vote.

I only made staff sign non-disclosure agreements because I am too nice, says Green 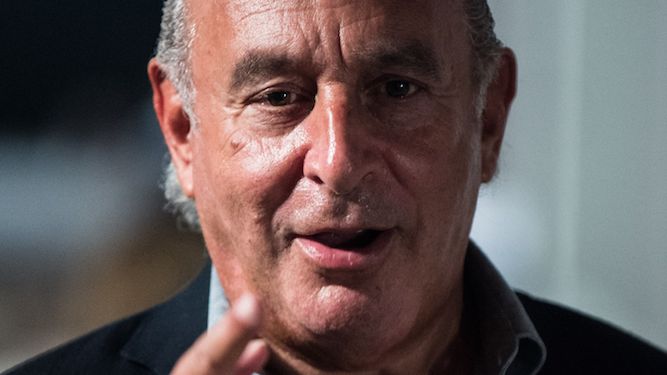 SIR Philip Green made employees sign non-disclosure agreements to stop everyone finding out what a big-hearted softie he is, he has confessed.

The Topshop boss was terrified his competitors would discover he is an absolute pushover who nurses sick animals and cries at heartwarming films like Finding Nemo.

He said: “If the news got out that whenever a member of staff looks a bit glum I give them a basket of puppies and and a fortnight in the Seychelles, I’d be ruined.

“Rivals need to think of Sir Philip Green as a ruthless, hard-nosed operator, not a deeply emotional man who rushes out of his office with goo-goo eyes the moment someone brings a baby into work.

“So I made my assistants sign NDAs to stop them revealing that I volunteer at an animal shelter for orphaned baby squirrels and teach disadvantaged kids ping-pong at weekends.

“But now my secret’s out. Damn. Sir Alan Sugar’s never going to stop taking the piss.”

MP Julian Cook said: “Is there such a thing as a double knighthood? Because Sir Philip deserves one. You should see the look on his employees’ faces when he buys them all a yacht for their retirement.”