YOU don’t end up with as much money as me – around £440 million, minimum – without knowing how to save it! Follow these tips to save hundreds of thousands a year:

I know it’s tempting to leave heating and lights on in your third, fourth and fifth homes so you feel wonderfully welcome when you step inside, but it’s wasteful. Just send staff ahead to take the chill away. Obviously this doesn’t apply to your second home. I mean, it’s your second home.

Be smarter about water

Be honest with yourself: do you really need that rooftop infinity pool? Yes, it was envy-inducing in 2006, but now every sad little dreamer on poverty-porn shows like Grand Designs has one. An elevated glass-bottomed pool over a courtyard or atrium is more efficient and far more ‘now’.

Walk around one of your estates and you’ll be surprised how many vampire outbuildings housing staff or guests have a little light on showing they’re consuming electricity. It all adds up. Turn them all off and you’ll save pennies a year – a lot of money to you.

Baths waste water, as do showers. It’s best to stand naked in a large marble-and-gold-leaf tub while a member of household staff carefully washes you with a bowl of perfumed water and a Mediterranean silk natural sea sponge. Streets ahead in terms of both comfort and wastage.

Glow with the inner radiance of extreme wealth

It’s surprising the physiological effects being wealthier than the Queen can have. I find that even in a room of millionaires I have an inner radiance that leaves me warm and comfortable even when they’re grubbing around hiring helicopters. Just become extremely rich and you’ll never worry about bills again. 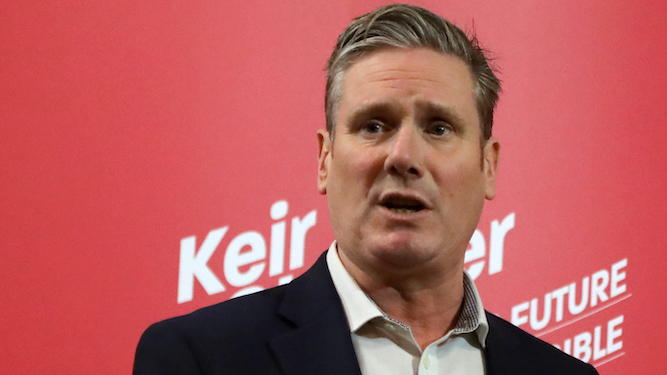 DO you wish you could be less charismatic and just kind of blend into the wallpaper? Master of not-making-an-impression Keir Starmer is here with some tips.

If you resemble a dummy in a local men’s outfitters modelling cheap office wear, you’ve got the classic Starmer look. It’s even better if you have the same blank, crudely moulded expression as a mannequin and people subconsciously suspect you’re an Auton from Doctor Who.

Copy what other people are doing

I’m cleverly avoiding criticism by supporting most Tory policies. In much the same way, if you’re at a social gathering and people are talking about films, join in but with minimal enthusiasm. People will find it hard to forget an out-there guy whose favourite film is Saving Private Ryan!

I like to lower my voice creepily and sound extra-intense when discussing something that’s morally wrong or genuinely distressing. It’s off-putting but in a subtle way, like an overwrought but not-totally-terrible amateur dramatics performance.

Everyone’s sick of Boris Johnson’s idiotic clowning, so I go to the other extreme of constantly acting as if there’s been a death in the family. It’s important people know you’re a deeply serious person. It can’t be helped if they’d run screaming into a busy road to avoid talking to you.

Drone on about patriotism unconvincingly

Keep saying how great Britain is to the point of obsession, and if you see a Union Jack, stand in front of it. Clearly only doing it to cling onto the votes of xenophobes, mad nationalists and racists will win you loads of respect too.