LABOUR and SNP MPs who were so pissed when they arrived for an event in Gibraltar that one was in a wheelchair have sent their parties soaring in the polls.

The group were apparently ‘already pretty f**ked-up’ while boarding the plane but heroically drank through it and arrived in the British territory so hammered they could barely see.

Nathan Muir of Portsmouth said: “Apparently it was for Armistice Day, and if that’s not a great excuse for a piss-up I don’t know what is.

“The Scots staggered off the plane, toasting the fact they’d got the Labour lass so paralytic they had to push her in a wheelchair, and they all headed off for a round-the-Rock pub crawl. There’s pictures of them wrecked smoking fags with monkeys.

“Now that’s the kind of politician I can relate to. None of this ‘earning £6 million as a lawyer’ or ‘being a great constituency MP’. Getting helplessly, hopelessly drunk before you’ve even landed on your city break? It could be me.

“I thought Boris was a man of the people. But when has he ever been arrested for urinating in the Fontana del Nettuno during a stag do to Florence, not even missed by the rest of the party until the plane home? Never.”

Sir Keir Starmer said: “Does Jacob Rees-Mogg have a ‘Magaluf Lads on Tour 04’ tattoo on his arse? Because I do. And I’m ready to show it.” 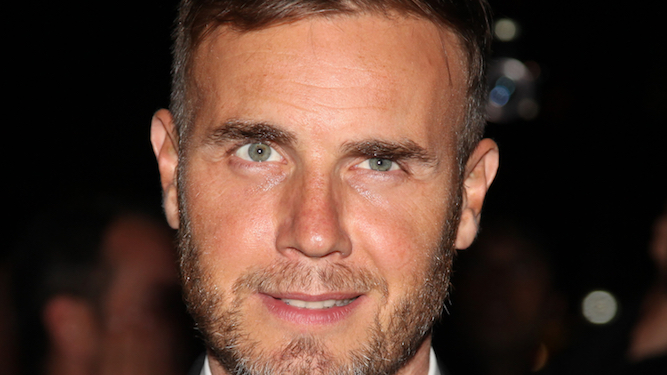 SOME celebrities get right on the nation’s tits, and these have mercifully shut their gobs for a bit. But when will they be back?

Without a studio album for almost four years, we should brace ourselves for a nasty dose of Bono. The orange-spectacled one was last seen trying to save the world from coronavirus, he’s that amazing. But we were all too busy watching Tiger King to give two shits.

He’s been quiet, but it’s nearly Christmas which means two things: a Covid surge and a Walliams bestseller. Which vaguely Roald Dahl knock-off will be shitting money for him this year? ‘Colin and the Massive Conker’, ‘The Prontosaurus’ or ‘The Lollipop Lady Who Knew Kung Fu’?

The man desperate to be Sir Gary has kept his head down a bit since all that tax-related unpleasantness. But if anyone can unite a troubled nation after Covid, Gary probably thinks he can. Take That will be back, with holograms if the others can’t be arsed.

The egotistical pork swordsman hasn’t done anything since… well, a historian might know. This is clearly the eye of the storm and he’ll be back with turgid activism in the form of equally turgid comedy. That or another sequel to his ‘Booky Wooky’. Let’s just hope no one gives a f**ky wooky.

The former Mrs McCartney hasn’t pissed anyone off for ages. It must be hell for her, so expect a meltdown and/or some desperate self-promotion – maybe revealing Ringo was the talented one who wrote all the songs. At least Yoko did some art, sort of.

No memorable hits since the noughties, but Lily has kept busy getting married to that bloke off Stranger Things and selling her ‘own’ range of vibrators. Chances are the professional London bird will soon be back on top – of everything except the charts.