Show total respect for D-Day, say people milking it for all it's worth

POLITICIANS and other twats have demanded everyone has the utmost respect for D-Day while shamelessly using it for their own purposes.

Various awful people see no problem in using the military operation that cost thousands of lives to promote themselves while being incredibly pompous about it.

Prime minister Theresa May said: “Without D-Day we would not have the freedom we have today. Did you read my tweets the Downing Street press office sent out? I am very patriotic.

“Also did you hear my D-Day speech that obliquely supported my Brexit deal? I don’t think that was in any way inappropriate.”

Daily Telegraph columnist Norman Steele said: “I’m using D-Day as the basis for another article about today’s young people. It’s titled ‘The snowflake generation would be hopeless against the Wehrmacht’.”

Plumber Roy Hobbs, 36, said: “Anyone who’s opposed to no-deal Brexit needs to think what it was like for those poor sods on the beaches fighting against a European superstate.

“That’s what it was about. I’ve read a lot of history books. Although by ‘history books’ I mean ‘Brexit Facebook pages’.”

We're just Calpol-ing the shit out of this, admit parents of young children 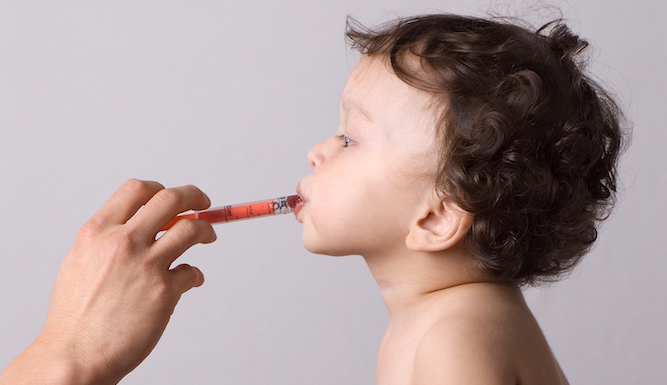 THE parents of young children have admitted they are just going to Calpol their way through the next five years.

Martin and Nikki Bishop used Calpol sparingly at first but now dish it out to their three children to the extent it has become a verb.

Nikki said: “Headache? Calpolling it. Can’t sleep? Calpolled. Teddy’s fallen out of the car window? Excuse me while I Calpol. I’ve taken to having a nip myself.

“The Victorians gave their kids gin to make them sleep, then stupified themselves, but packaged in a socially acceptable medical format. The great thing is we get to keep all the gin for ourselves.”

Martin Hollis said: “Hopefully Waitrose will install a massive Calpol tank so I can buy five litres at a time.”