THE latest photo of Boris Johnson at a Christmas party might seem like proof of his guilt. But some Tory MPs have been wheeled out to cast doubt. Here’s what they’re having to resort to:

Are you sure that’s Boris Johnson in the picture?

It’s terribly blurred, especially if you squint and hold it a yard away and rub vaseline on your glasses. Why, it could be anyone – Michael Fabricant, Ed Sheeran, Tracy Tracy from the Primitives, anyone!

Anything could be in that bottle

Why assume there’s fizzy alcohol in a champagne bottle? It’s just a bottle. There could be any sort of liquid in there – Ribena, washing-up liquid, caustic soda. We must withhold judgment until Sue Gray has personally tasted what was in the bottle. It should be easy to locate.

The prime minister is wearing a smart shirt and tie

The British people aren’t interested in who went to this or that party, what they want to see is that our prime minister is properly dressed. Yes, thousands died needlessly, but he’s not wearing a donkey jacket like Michael Foot didn’t. Or sporting a filthy, lice-ridden Trotskyite beard like Corbyn.

Look, we all broke lockdown rules, didn’t we?

Don’t give me that nonsense about not being able to see your granny. I bet you were holding garden parties and gymkhanas on your back lawns. I know I was and it didn’t do anyone any harm, except people who were probably going to die anyway. Like my granny.

What with finding fridges to hide in and having to pretend to be a construction worker, the man who got the pandemic done deserves the odd daily bottle of champagne, or two, plus beers, to see him through to dinnertime.

We Conservatives have always enjoyed a party: a few drinks, some good-humoured racist abuse and a grope of our delectable female staff. We’re buggered if a bunch of virtue-signalling do-gooder Marxist scientists are going to tell us it’s a bad idea. 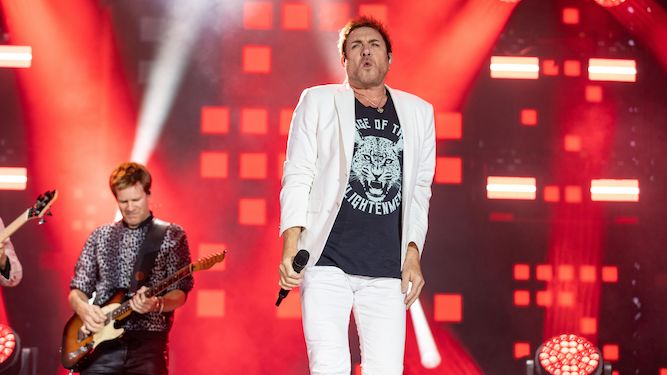 POP songs needn’t be great art, but as you’re writing lyrics they might as well make sense. These artists just said ‘f**k it’:

The Reflex by Duran Duran

Simon Le Bon specialised in gibberish but usually there was a mood, an idea, a hot girl in the video. The lyrics to this exist purely because songs need words, but still everyone over 40 knows ‘the reflex is a lonely child who’s waiting by the park’. Why? Is he locked out waiting for his mum to get back from work?

A man takes his partner and does outlandish things to her. Is the stuffing of jewels in her mouth and eyes a metaphor? Pulling her ears and playing on her greatest fears? Doesn’t sound great. And taking someone by the heel is a judo move.

Raspberry Infundibulum by the Shamen

For those who don’t know, an infundibulum is a funnel-shaped cavity. So is ‘here I come for her raspberry infundibulum’ a very strange reference to sex? Or is the singer imagining himself a hummingbird? Also a tube connecting the hypothalamus and pituitary gland, so it’s about drugs. A pop song that needs a medical degree to understand.

The narrator will, apparently, one day be found ‘beneath the landslide in a champagne supernova in the sky’. Sounds like they need a structural engineer to assess the subsidence risk of this pyroclastic aerial sparkling wine explosion.

Wooly Bully by Sam the Sham & the Pharaohs

In truth most 50s lyrics were just sounds made with the mouth. This one leads with a feared apparition with horns and a woollen jaw to which the riposte is to dance and ‘not be L-seven’.

Firestarter by The Prodigy

The clown in the sewer has a thesaurus and is employing multiple synonyms. He is attempting to intimidate. It’s a novel approach. Luckily the track is f**king banging.