Starmer's pretense of principle proves him a duplicitous double-dealer who, wait, I’m f**king lost here, by a right-wing columnist

KEIR Stamer’s latest underhand move proves he is playing petty politics with police lives and hang on, I’m out of my f**king depth here.

Okay. Another go. Weaselly lawyer Keir is wriggling out of facing the music with the sham of pretending to lie to the public with his facade of honesty but I cannot for the life of me work out where I was going with this sentence. Shit.

What I meant to say was, with this pledge to resign Starmer has put himself in checkmate, stranding himself on the moral high ground and alienating the British public with a gamble sure to fail. Does that kind of make sense?

Yes, by saying he’ll resign if fined this ivory-tower Islington elitist has shown his contempt for solid British values like lawbreaking and.. lying to parliament… f**k. I’m floundering.

Voters can see straight through this virtue-signalling viper and know he’s only making this false promise because he’s not guilty unlike our prime minister who, no, I can’t say that. That’s the thing I can’t say.

Good riddance to this twisty master of deceit, hoist on his own petard of moralistic virtue and convicted of hypocrisy no matter what the pathetically cowed police say. Yeah? Yeah.

So yes, the man who is not guilty is the guiltiest of all, unlike straight, honest Boris who isn’t afraid to apologise for what he did wrong that wasn’t really. Done. Pretty sure anyone who gets through that bollocks won’t ever be able to follow logic ever again.

Large swathes of history off-limits to new Doctor Who 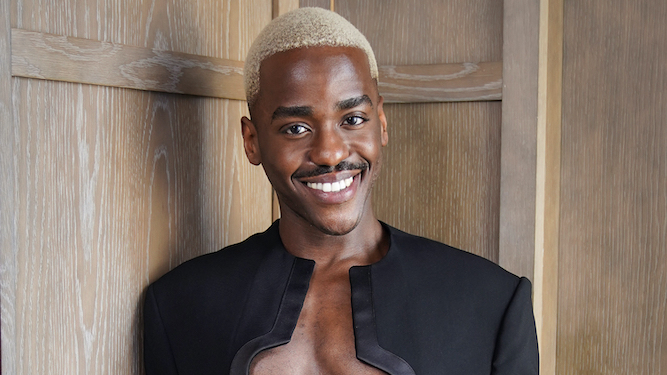 TIME traveller Doctor Who has admitted he will not by swinging by America pre-1960s quite so often after he regenerates as a black man.

The Gallifreyan, aged 952, has generally enjoyed travelling freely around Earth history and being warmly welcomed by a diverse selection of human societies, but conceded the next regeneration has limited his options.

He said: “For most of my life, I’ve take the form of straight white men. Because, to be honest, it does make life an awful lot easier.

“I could hop out of the TARDIS at any point and someone will be there to take my coat and fetch me a cup of tea. Brigadier Lethbridge-Stewart treated me as an equal and let me order his troops about.

“But this next regeneration, while long overdue, is going to be a bit restrictive. America’s off-limits. Plenty of Britain’s off-limits. Europe’s off-limits. I won’t even be able to get into a nightclub in Cardiff in 1992.

“Frankly it’s been tough enough being a woman. If I go back further than the 70s everyone asks why I’m out without my husband and laughs when I ask them to call me the Doctor.

“I’ll stick this out for a few years then be an old Scottish dude again. They’re welcome everywhere. Until then I’ll be adventuring in the distant past of the early noughties.”