Thanks for clapping me, says Johnson

THE prime minister has thanked Britain for clapping to show they do not blame him in the slightest for the current crisis.

Boris Johnson has assumed the nation stood outside and applauded at 8pm to show their support for his leadership and to send a very clear message that none of this is his fault in any way.

He said: “That’s good of them. And it feels good, to get that bit of appreciation for how hard I’m working. I haven’t had a holiday since February.

“I think it was very clear in the applause that the people of Britain have absolved me of all blame, back all my decisions to the hilt, and won’t allow this unfortunate pandemic to affect them at the ballot box.

“Indeed, I’m sure I detected an overtone of frustration with the focus on coronavirus and an urging to crack on and get Brexit done whatever the risks. But that could be me projecting.

“Either way, I thank you for your spontaneous applause for those on the frontlines of this fight, ie. me and the cabinet. We’ll continue to be your heroes.”

Woman never realised husband was such a twat at work 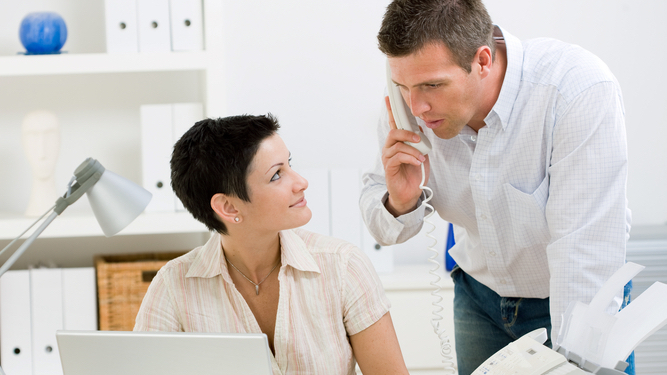 A WOMAN working from home alongside her partner had not realised he was such an annoying dick in the workplace.

Nikki Hollis was unprepared for the side of husband Steven’s personality that has turned out to be a self-important middle-management tosser.

She said: “I thought Steve was a wonderful husband – kind, considerate, funny. But after finding out what he’s like at work I’m tentatively thinking, ‘Maybe get divorced?’

“I’ve heard his Zoom calls for days now and he’s got this awful nasal voice and interrupts people all the time. He’s started walking around while speaking, like he’s giving a f**king TED talk.”

Hollis said she was sure she heard Steven use the word ‘synergy’ at one point, but was not ready to face up to what that could mean for her marriage and kids.

She added: “He’s just such a dick. I’m honestly not sure if he’s about to be sacked or be promoted. And his harmless banter with ‘Susan’ is just puke.”

Steven is currently oblivious to this marital tension and is turning their spare room into an ‘imaginarium’ from which he will be able to host ‘blue-sky brainstorms’ and ‘inspire-a-thons’.